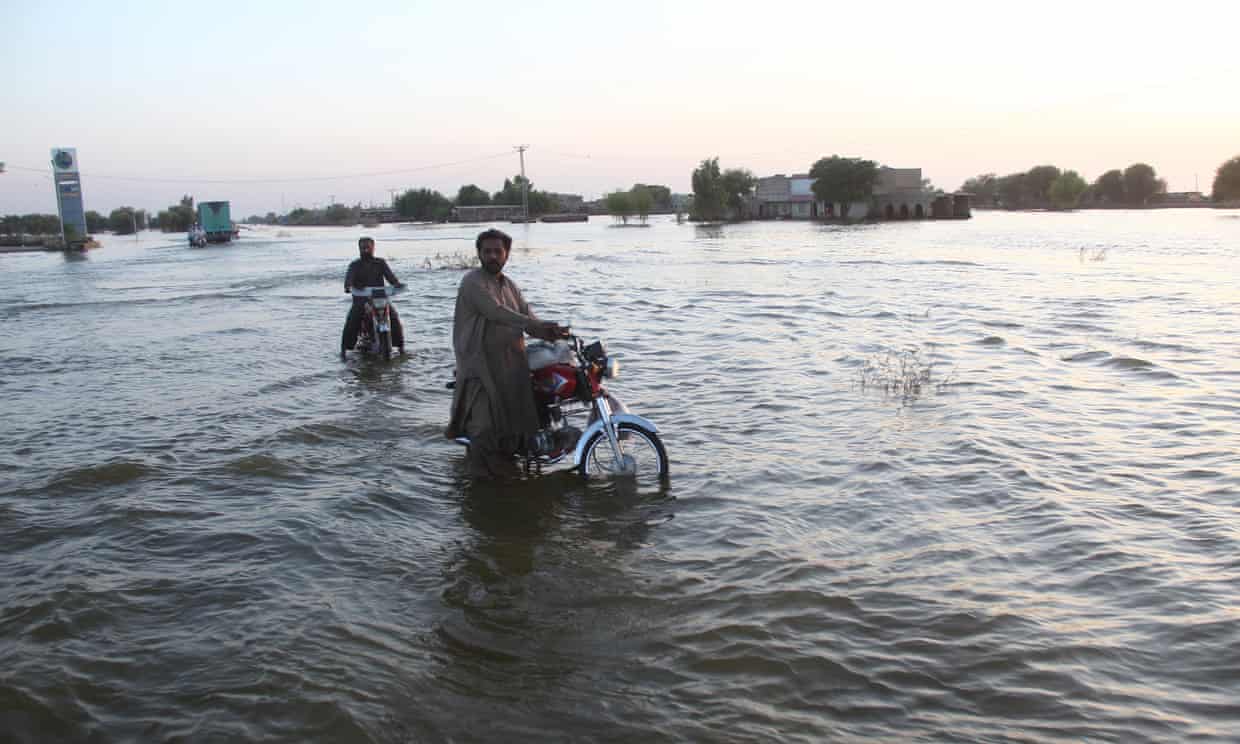 At the talks, nearly 200 countries agreed that a fund for loss and damage, which would pay out to rescue and rebuild the physical and social infrastructure of countries ravaged by extreme weather events, should be set up within the next year.

However, there is no agreement yet on how much money should be paid in, by whom, and on what basis. A key aim for the EU at the talks was to ensure that countries classed as developing in 1992 when the UNFCCC was signed – and thus given no obligations to act on emissions or provide funds to help others – are considered potential donors. These could include China, Saudi Arabia and other Gulf states, and Russia.

Under the final agreement, such countries can contribute on a voluntary basis.

But the outcome was widely judged a failure on efforts to cut carbon dioxide, after oil-producing countries and high emitters weakened and removed key commitments on greenhouse gases and phasing out fossil fuels.

Mary Robinson, chair of the Elders Group of former world leaders, ex-president of Ireland and twice a UN climate envoy, said: “The world remains on the brink of climate catastrophe. Progress made on [cutting emissions] has been too slow. We are on the cusp of a clean energy world, but only if G20 leaders live up to their responsibilities, keep their word and strengthen their will. The onus is on them.”

António Guterres, secretary general of the UN, warned: “Our planet is still in the emergency room. We need to drastically reduce emissions now – and this is an issue this COP did not address. The world still needs a giant leap on climate ambition.”

Oil-producing countries had thwarted attempts to strengthen the deal, said Laurence Tubiana, one of the architects of the 2015 Paris climate agreement, now chief executive of the European Climate Foundation. “The influence of the fossil fuel industry was found across the board,” she said. “This COP has weakened requirements around countries making new and more ambitious commitments [on cutting emissions]. The text [of the deal] makes no mention of phasing out fossil fuels, and scant reference to the 1.5˚C target.”

She blamed the host country, Egypt, for allowing its regional alliances to sway the final decision, a claim hotly denied by the hosts. Next year’s conference of the parties under the UN Framework Convention on Climate Change (COP) will take place in Dubai, hosted by the United Arab Emirates, one of the world’s biggest oil exporters.

Tubiana warned: “The Egyptian presidency produced a text that clearly protects oil and gas petro-states and the fossil fuel industries. This trend cannot continue in the UAE next year.”