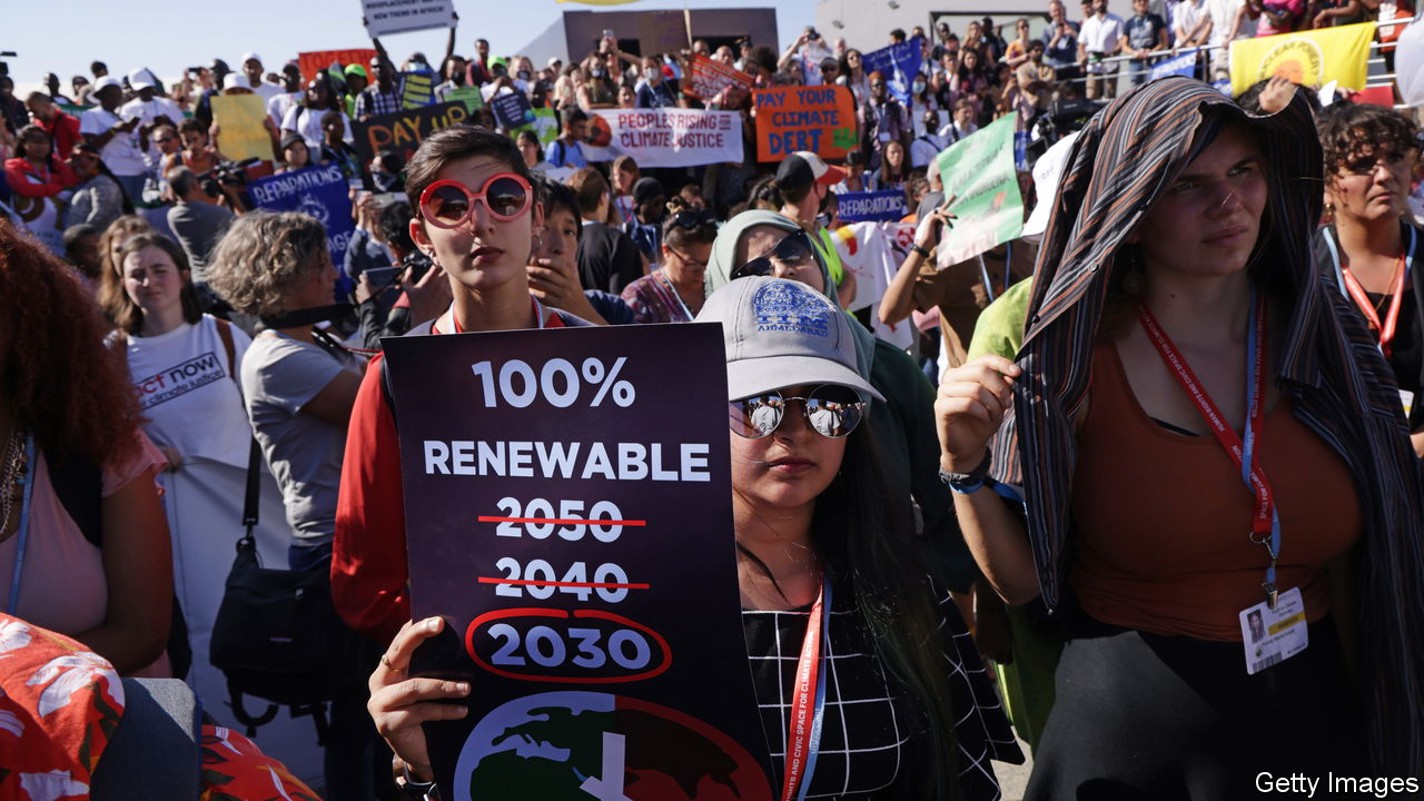 Tens of thousands of delegates have descended on Sharm el-Sheikh, an Egyptian resort town, for COP27, the UN climate summit. Of the 33,000-odd that registered, about 16,000 represent the 197 countries (and the EU) that have ratified the United Nations Framework Convention on Climate Change (UNFCCC). Almost 12,000 come from NGOs. And, according to Global Witness, a campaigning group, at least 636 are lobbyists for the fossil-fuel industry. These include the chief executives of BP and Total, plus the incoming head of Shell. What are they doing there?

The Egyptian government has been especially keen to welcome the fossil-fuel industry: it is the first COP in which their executives have been invited to participate in official events. In the fiscal year 2019-20, oil and gas production generated 24% of the country’s GDP.

In October a meeting of the Gas Exporting Countries Forum—presided over by Egypt’s minister of petroleum and mineral resources—concluded that “COP27 and COP28 present a great opportunity to make a case for gas in the energy transition”.

Egypt has capitalised on that opportunity. On November 11th the country announced a joint declaration with America and Germany promising to reduce its domestic gas use in return for loans, debt forgiveness and grants. The gas saved will almost certainly go to Europe—in June Egypt and Israel signed a deal to increase gas sales there. Ever since, Egypt has been saving gas for export, both by rationing electricity and by burning dirtier fuels in its place. In October 21% of consumption at Egyptian power plants came from mazut, a heavily polluting oil fuel it has promised to phase out, up from less than 4% one year earlier.

During COP27 nine other deals for gas exploration, production or delivery have been signed by governments and fossil-fuel companies; five were inked the week before. Many pertain to Africa, where leaders say gas is needed to lift the continent out of poverty. Their argument, reasonably, is that if Europe is willing to label the gas it uses as “green”, it and other rich regions should help poor countries to use it too.