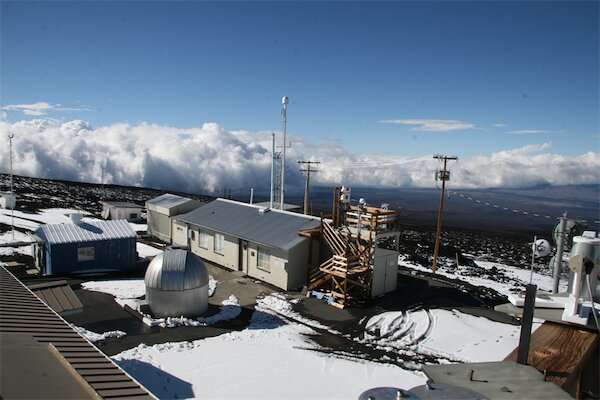 Carbon dioxide measured at NOAA’s Mauna Loa Atmospheric Baseline Observatory peaked for 2022 at 421 parts per million in May, pushing the atmosphere further into territory not seen for millions of years.

NOAA’s measurements of carbon dioxide (CO2) at the mountaintop observatory on Hawaii’s Big Island averaged 420.99 parts per million (ppm), an increase of 1.8 ppm over 2021. Scientists at Scripps, which maintains an independent record, calculated a monthly average of 420.78 ppm.

Prior to the Industrial Revolution, CO2 levels were consistently around 280 ppm for almost 6,000 years of human civilization. Since then, humans have generated an estimated 1.5 trillion tons of CO2 pollution, much of which will continue to warm the atmosphere for thousands of years.

CO2 levels are now comparable to the Pliocene Climatic Optimum, between 4.1 and 4.5 million years ago, when they were close to, or above 400 ppm. During that time, sea levels were between 5 and 25 meters (16 and 82 feet) higher than today —high enough to drown many of the world’s largest modern cities. Temperatures then averaged 4˚C (7˚F) higher than in pre-industrial times, and studies indicate that large forests occupied today’s Arctic tundra.

Despite decades of negotiation, the global community has been unable to significantly slow, let alone reverse, annual increases in atmospheric CO2 levels.

“Carbon dioxide is at levels our species has never experienced before—this is not new,” said Pieter Tans, senior scientist with the Global Monitoring Laboratory. “We have known about this for half a century, and have failed to do anything meaningful about it. What’s it going to take for us to wake up?”