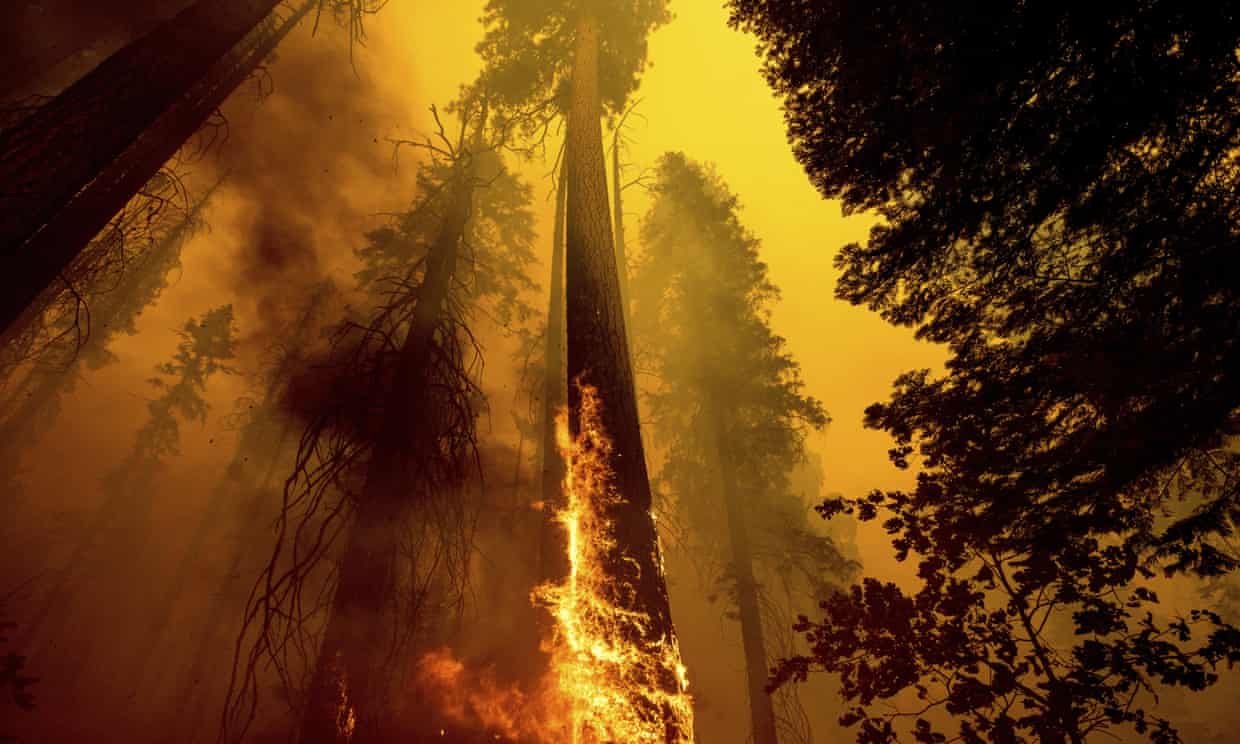 Sequoias are the largest trees by volume and are native in only about 70 groves scattered along the western side of the Sierra Nevada range. They were once considered nearly fire-proof.