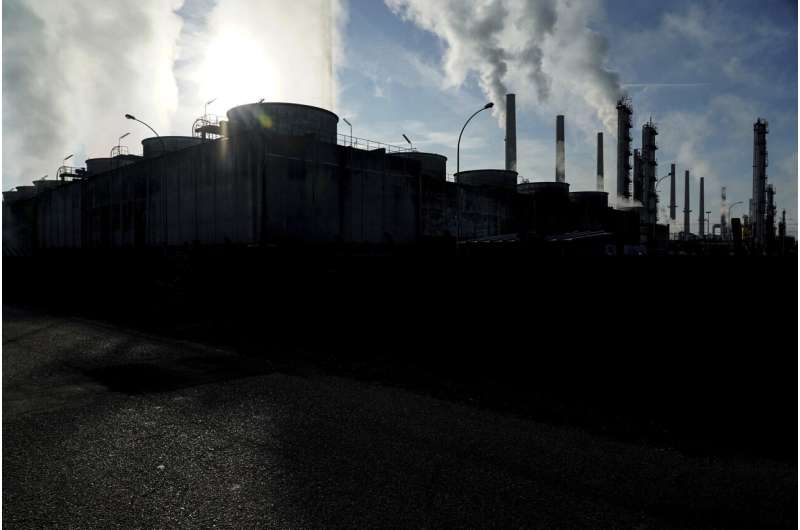 The World Meteorological Organization reported Monday that greenhouse gas concentrations hit a new record high last year and increased at a faster rate than the annual average for the last decade despite a temporary reduction during pandemic-related lockdowns.

In its annual report on heat-trapping gases in the atmosphere, the U.N. weather agency also pointed to signs of a worrying new development: Parts of the Amazon rainforest have gone from being a carbon “sink” that sucks CO₂ from the air to a source of CO₂ due to deforestation and reduced humidity in the region, it said.

“At the current rate of increase in greenhouse gas concentrations, we will see a temperature increase by the end of this century far in excess of the Paris agreement targets of 1.5 to 2 degrees Celsius above pre-industrial levels” said WMO Secretary-General Prof. Petteri Taalas. “We are way off track.”

Concentration of carbon dioxide (CO2), the most important greenhouse gas, reached 413.2 parts per million in 2020 and is 149% of the pre-industrial level. Methane (CH4) is 262% and nitrous oxide (N2O)  is 123% of the levels in 1750 when human activities started disrupting Earth’s natural equilibrium. The economic slowdown from COVID-19 did not have any discernible impact on the atmospheric levels of greenhouse gases and their growth rates, although there was a temporary decline in new emissions.