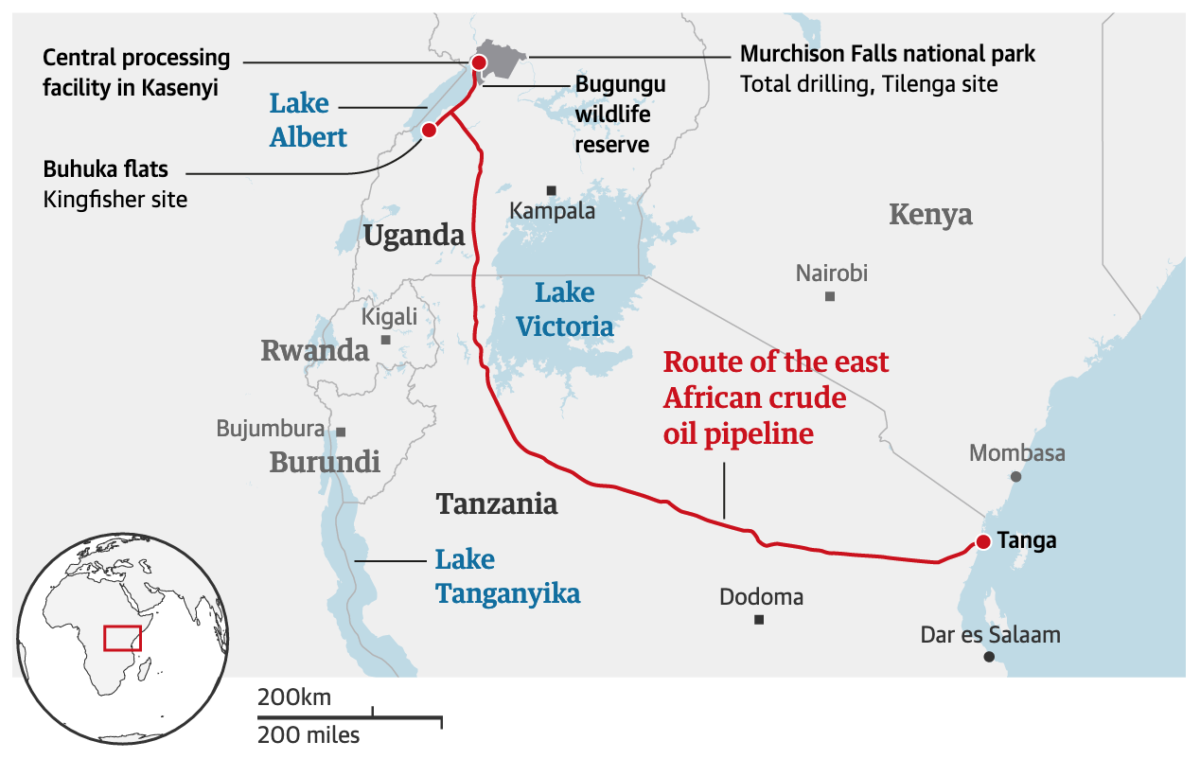 The Ugandan government has secured support from the African, Caribbean, Pacific -European Union (ACP-EU) for proceeding with the East African crude oil pipeline project (EACOP), a 1,443km (896 mile) long pipeline to be laid between Uganda and Tanzania.

Originally estimated to cost $3.5 billion, the East African crude oil pipeline project will procure crude oil from Uganda’s oil fields and transport 216,000 barrels per day to the Tanzanian port of Tanga. After reaching Tanzania, the crude oil will be shipped for refining abroad.

Deputy Speaker Thomas Tayebwa led the country’s delegation to the Maputo meeting where he convinced the ACP-EU joint parliamentary assembly about the project. Tayebwa is said to have got acceptance from the members for allowing a “just transition to renewable energy” as opposed to the abrupt stopping of explorations, particularly by the global south.

The ACP-EU had earlier taken a hard stance against new oil fields. However, it is said to have adjusted its stance and acknowledged the significance of fair phasing out and gradual transition from fossil fuels to renewable energy.

Reference
China’s support for this project