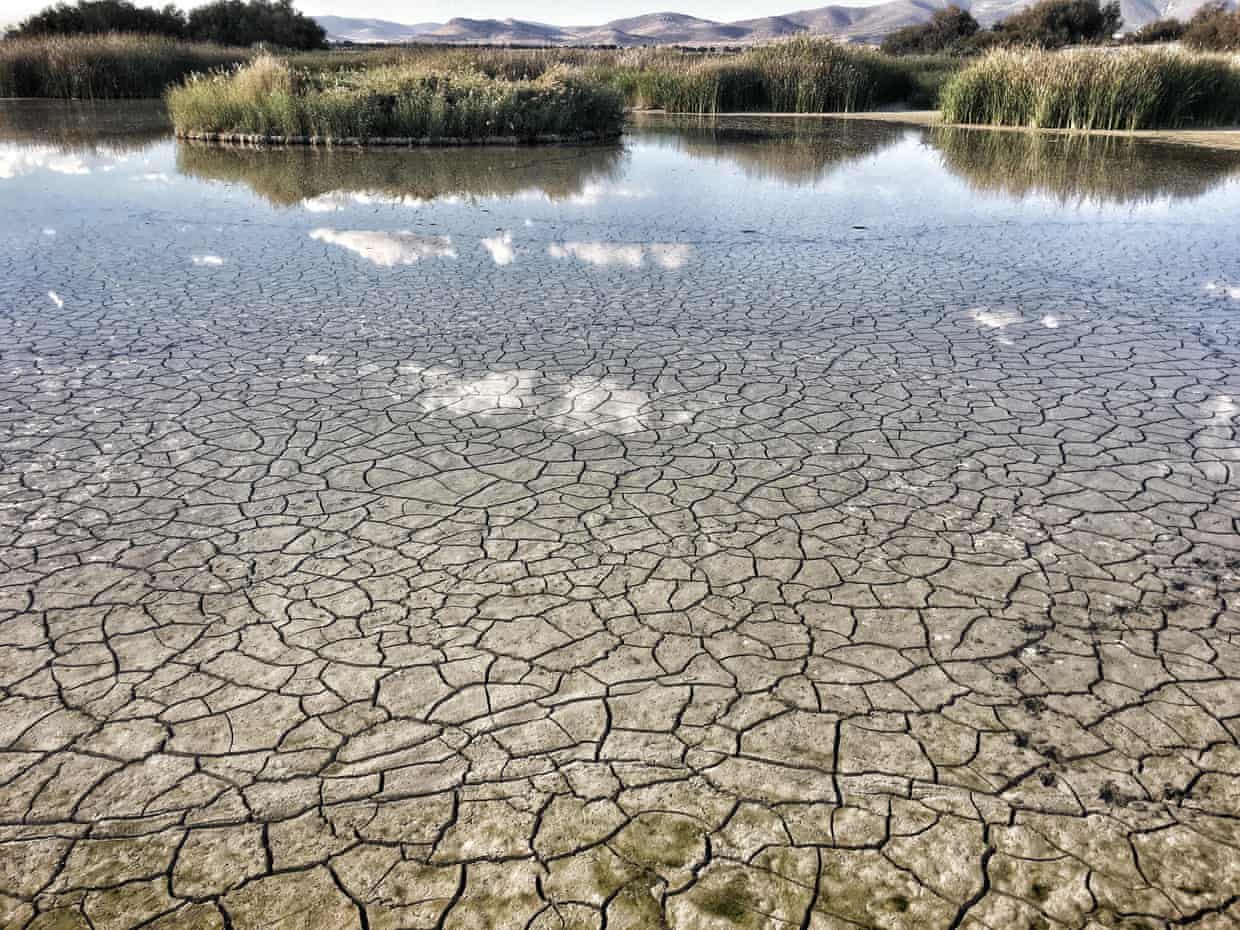 Las Tablas de Daimiel is a unique wetland in the vast, almost treeless plains of Castilla-La Mancha in central Spain, but the park has had the life sucked out of it to slake intensive agriculture’s insatiable thirst.

The park has been dry for three years and where there were once aquatic species such as ducks, herons, egrets and freshwater crayfish, as well as tree frogs and the European polecat, now the wildlife has mostly vanished.

Climate change has resulted in Spain’s periods of drought getting longer. The Guadiana river is drying up, while agriculture has depleted the aquifer and polluted the groundwater with phosphates and other chemical fertilisers. In 2009, the wetland was so dry that subterranean peat fires broke out.