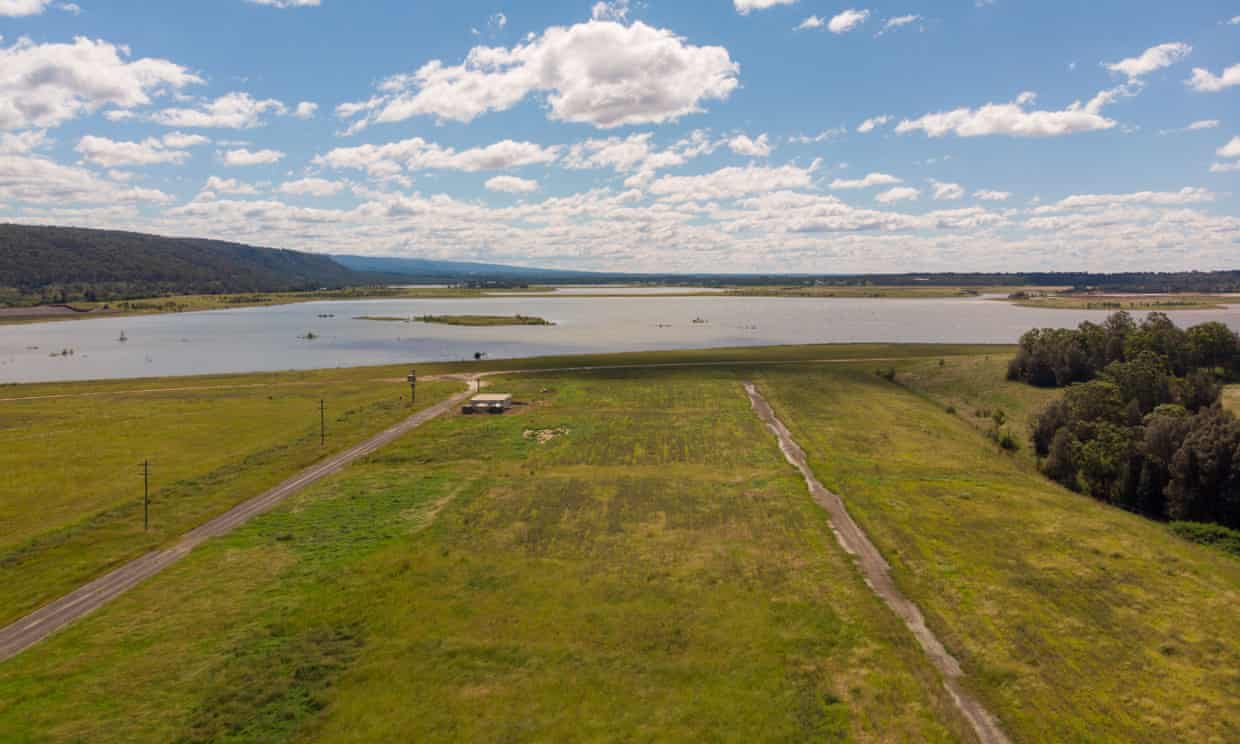 While 425 square kilometres of land lie within the probable maximum flood in the Hawkesbury-Nepean valley, it has also long been identified as fertile for property development amid rising house prices and supply shortages.

Documents released through the New South Wales parliament reveal the Department of Planning projects that, by 2041, 12,000 new homes are expected to be built on flood-prone land in the quickly expanding north-west growth area around the valley. Local councils surrounding the valley currently have plans for several thousand more homes.

Many experts fear that is a conservative estimate, particularly if the government goes ahead with its controversial proposal to raise the Warragamba Dam wall.

This week the premier, Dominic Perrottet, again reiterated his support for raising the dam wall, indicating that his government is seeking a 50-50 funding arrangement with the commonwealth.

The plan to raise the wall, which is contentious, even within the government, is often touted as a solution to flooding in the valley. While it may mitigate some floods, many experts believe it would be of limited value with potentially disastrous environmental effects.

Many experts believe planning standards are out of date. Typically, residential rezonings are based on the level of a “one-in-100-year flood”. But many say such events are happening more frequently. Even Perrottet agreed this week that “perhaps” it is no longer an adequate descriptor of recent floods.

“Since 1967 we’ve had something like $22bn paid out in insurance claims for flood events and nearly 20% of that was incurred in the last four-and-a half months,” the chief executive of the Insurance Council of Australia, Andrew Hall, says.

Hall said the one-in-100 measure was no longer adequate in a situation where “the sorts of worst-case outcomes once predicted on paper are actually playing out”.

“We wouldn’t accept this level of risk in any other situation and yet on floods we seem to,” he says.

“Put aside the challenge of providing insurance and just ask the question: why would it make sense to put people in harm’s way, to put them at risk of, at some point in the average lifetime, of losing their homes, of displacement, trauma, intergenerational-poverty?”

While almost 12,000 new homes planned in the north-west growth area are above the one-in-100 level, they are below the probable maximum flood [PMF] level – the worst-case scenario.

Pittock is stark in his assessment of the risk of allowing thousands more people to live there.

“It is stark raving, barking mad to build below the PMF in the Hawkesbury-Nepean Valley,” he says.