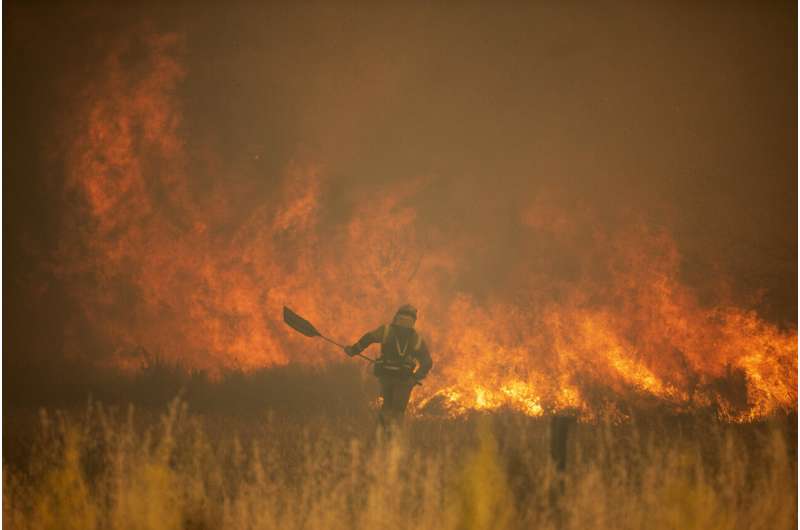 Firefighters in Spain and Germany are struggling to contain wildfires amid a heatwave in Western Europe, unusual for this time of year.

The worst damage in Spain has been in the northwest province of Zamora where more than 25,000 hectares (61,000 acres) have been consumed by flames, regional authorities said on Sunday.

German officials said residents of three villages near Berlin were ordered to leave their homes on Sunday because of an approaching wildfire.

Experts have linked this abnormally hot period for Europe to climate change.

Mercury rose above 40˚C (104˚F) in many Spanish cities throughout the week – such temperatures that are usually expected in August.

A lack of rainfall this year, combined with gusting winds, has also produced the conditions for the fires.