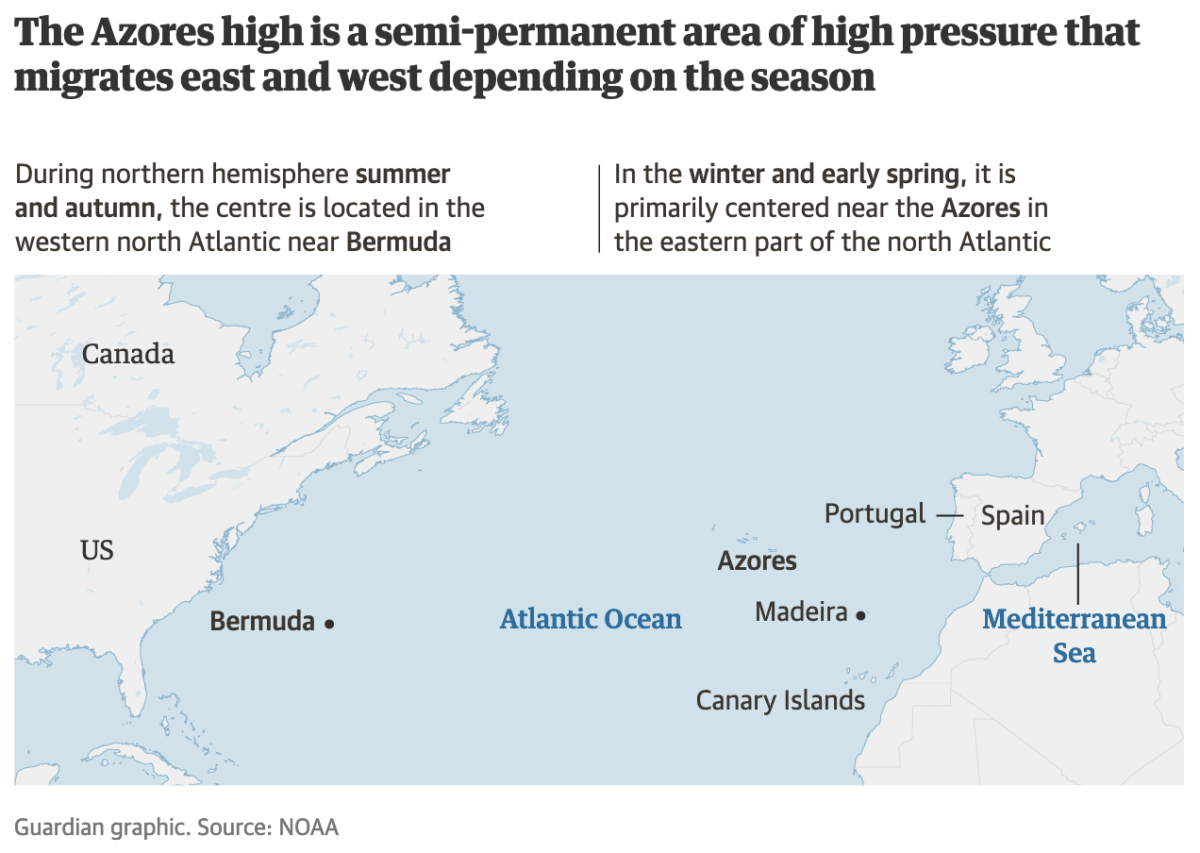 Most rain on the Iberian peninsula (most of Spain and Portugal, as well as a small area of Southern France, Andorra, and Gibraltar) falls in winter as wet, low-pressure systems blow in from the Atlantic. But a high-pressure system off the coast, called the Azores high, can block the wet weather fronts.

The researchers found that winters featuring “extremely large” Azores highs have increased dramatically from one winter in 10 before 1850, to one in four since 1980. These extremes also push the wet weather northwards, making downpours in the northern UK and Scandinavia more likely.

More frequent large Azores highs could only have been caused by the climate crisis, caused by humanity’s carbon emissions.

“The number of extremely large Azores highs in the last 100 years is really unprecedented when you look at the previous 1,000 years,” said Dr Caroline Ummenhofer, at Woods Hole Oceanographic Institution in the US, and part of the research team.

The Iberian peninsula has been hit by increasing heatwaves and droughts in recent years. The Tagus River, the longest in the region, is at risk of drying up completely.

The Azores high is expected to continue to expand, further increasing drought on the Iberian peninsula, until global carbon emissions are cut to net zero.

“[Our findings] have big implications for the water resources that are available for agriculture and other water intensive industries or for tourism,” said Ummenhofer. “It doesn’t bode well.” Spain was the second most popular country for overseas tourists in 2019, hosting 84 million visitors.

Spain also is the world’s biggest producer of olives and a major source of grapes, oranges, tomatoes and other produce. But rainfall has been declining by 5-10mm a year since 1950, with a further 10-20% drop in winter rains anticipated by the end of the century.

Other research has projected a 30% decline in olive production in southern Spain production by 2100 and a fall in grape-growing regions across the Iberian peninsula of 25% to 99% by 2050 due to severe water shortages.