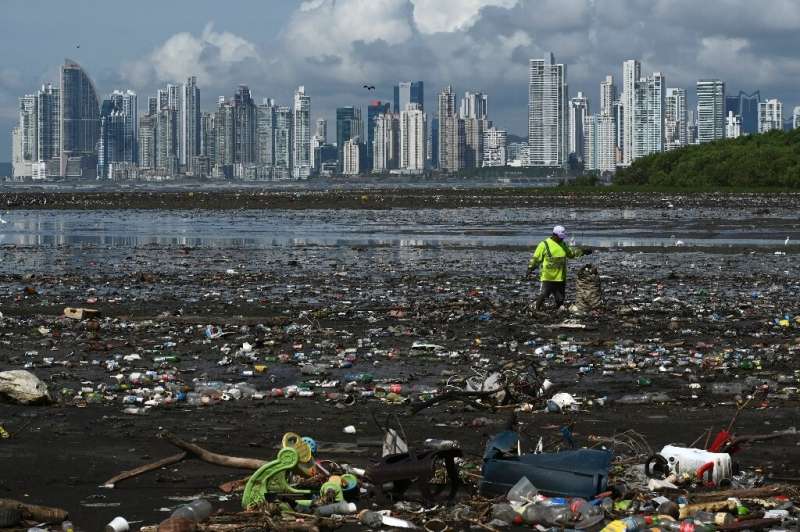 The pollution, emissions and clean-up costs of plastic produced in 2019 alone exceeded the annual GDP of India.

It estimated that unless there is concerted international action, this cost will double by 2040.

Since the 1950s, roughly 8.3 billion tonnes of plastic have been produced with around 60% of that tossed into landfills or the natural environment.

The debris is estimated to cause the deaths of more than a million seabirds and over 100,000 marine mammals each year.

“Tragically, the plastic pollution crisis is showing no signs of slowing down, but the commitment to tackle it has reached an unprecedented level,” said Marco Lambertini, Director General of WWF International.

France’s minister in charge of biodiversity, Berangere Abba, said if the world failed to act there would be “more plastic in the oceans than fish” by 2050.