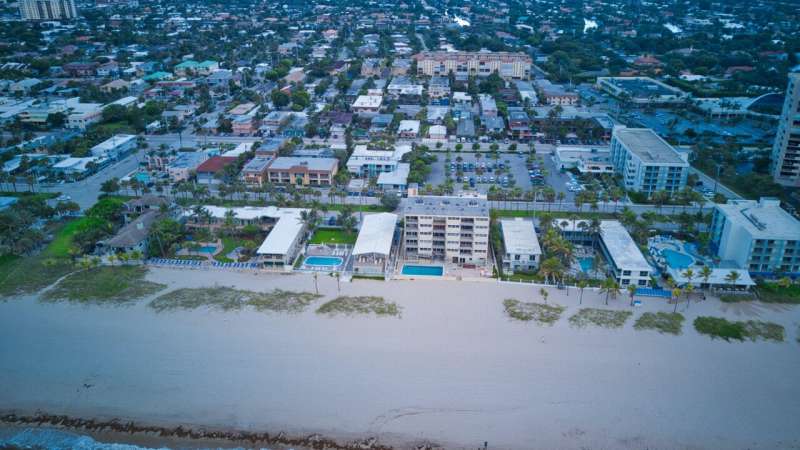 Higher high tides, supercharged by rising sea levels, could flood all or parts of an estimated $34 billion worth of real estate along the nation’s coasts within just 30 years, a new report concludes.

Within the span of a 30-year mortgage, as many as 64,000 buildings and roughly 637,000 properties along the ocean and its connecting waterways could be at least partially below the tidal boundary level, the nonprofit Climate Central stated in a report.

Seas are forecast to rise from 8 inches (20cm) to 23 inches (58cm) along the nation’s coasts by 2050, with the higher increases along the northern Gulf Coast and mid-Atlantic. As the oceans rise, every inch of additional water is expected to move farther inland making flood events worse and putting more properties at risk.

The analysis concluded such losses could triple by 2100 in counties connected to the sea, depending on whether the world can rein in warming temperatures.

As much as 4.4 million acres could fall below the shoreline boundaries that mark the line between private property and public land by 2050, a number the report estimated would double by 2100. The majority of that land in 2050—3.8 million acres—lies in just four states: Louisiana, Florida, North Carolina and Texas.

The loss of taxable value could greatly impact the budgets of many towns and counties, said A.R. Siders, an assistant professor in the University of Delaware’s Disaster Research Center. “If a town has no other income and is relying solely on property tax values, that town is not sustainable.”

“Climate change impacts are real,” said Mark Rupp with the Georgetown Climate Center at Georgetown University. “They are happening now, and they are affecting even the business world.

“How many mortgage lenders want to be lending for home mortgages in flood-prone areas, if they don’t think that they’re going to get paid back?”