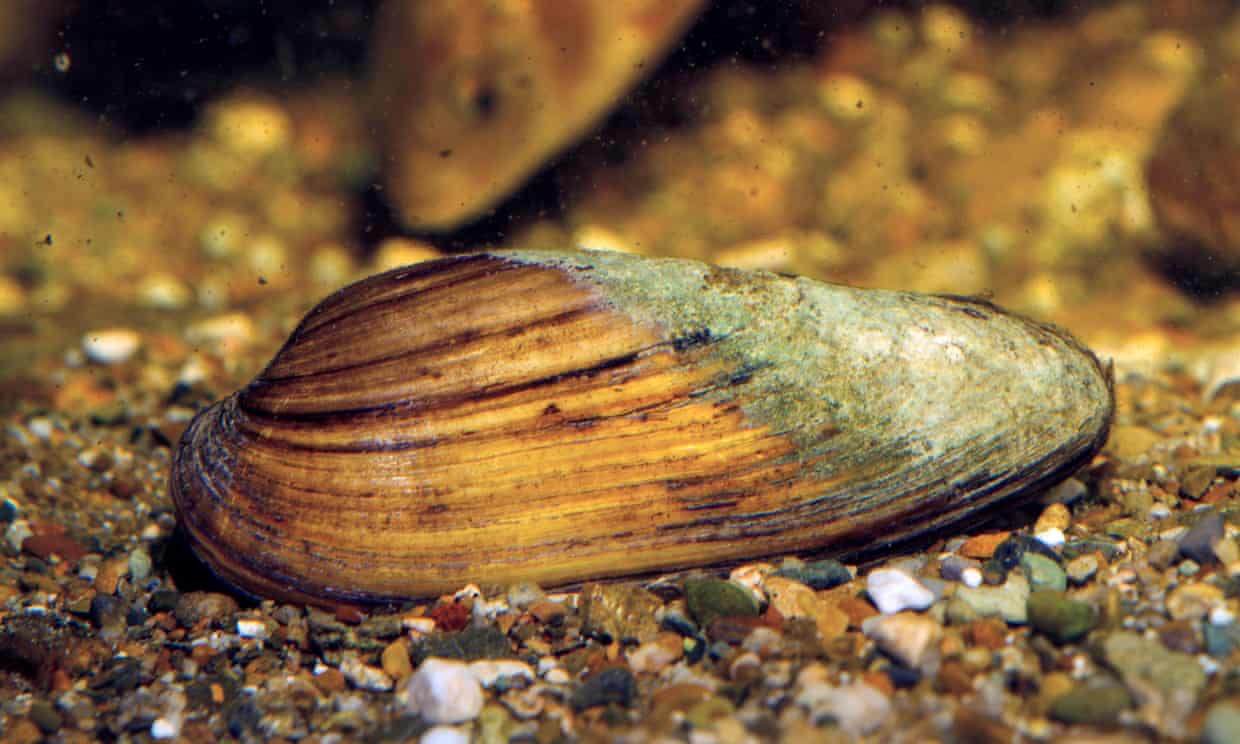 Scientists attempting to replicate a 1964 survey of freshwater bivalves in a stretch of the Thames near Reading found striking results, as native mussel populations had crashed by almost 95%. One native species, the depressed river mussel, had vanished completely, and the remaining species were much smaller for their age, reflecting slower growth.

“Mussels are a great indicator of the health of the river ecosystem” said Isobel Ollard.

“Such a drastic decline in mussel biomass is likely to be an indicator of a deteriorating environment,” she said. “It is also likely to have a knock-on effect for other species, reducing the overall biodiversity.”

An adult mussel can filter up to 40 litres of water a day, Ollard said, thereby removing large amounts of algae and keeping rivers clean.

“While this might seem like a rather parochial little study of a single site in a single river in the UK, it actually provides an important warning signal about the world’s freshwaters.”

The survey found high numbers of invasive species, the non-native zebra mussel and the Asian clam, which were absent from the 1964 study. The species probably hitched a ride on boats, dropping off as they sailed up the Thames, the scientists said.

The zebra mussel, known to grow on native species, smothering them to death, could be responsible for the decline, they said. Other possible causes could be changes in land use along the river or changes in the fish populations mussels depend on as part of their life cycle.