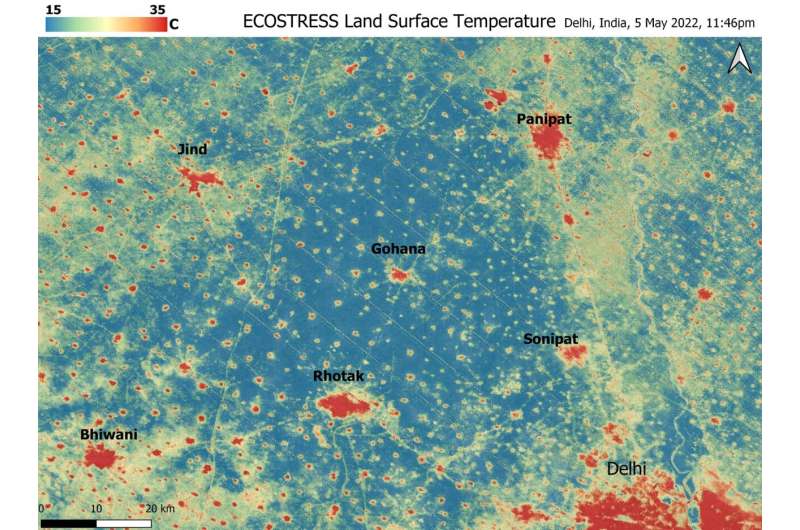 A relentless heat wave has blanketed India and Pakistan since mid-March, causing dozens of deaths, fires, increased air pollution, and reduced crop yields. Weather forecasts show no prospect of relief any time soon. NASA’s Ecosystem Spaceborne Thermal Radiometer Experiment on Space Station instrument (ECOSTRESS) has been measuring these temperatures from space, at the highest spatial resolution of any satellite instrument.

Nighttime temperatures in Delhi and several smaller villages were above 95˚F (35˚C), peaking at about 102˚F (39˚C), while the rural fields nearby had cooled to around 60˚F (15˚C). This data suggests that city dwellers are experiencing considerably higher temperatures than the average temperatures reported for their regions.