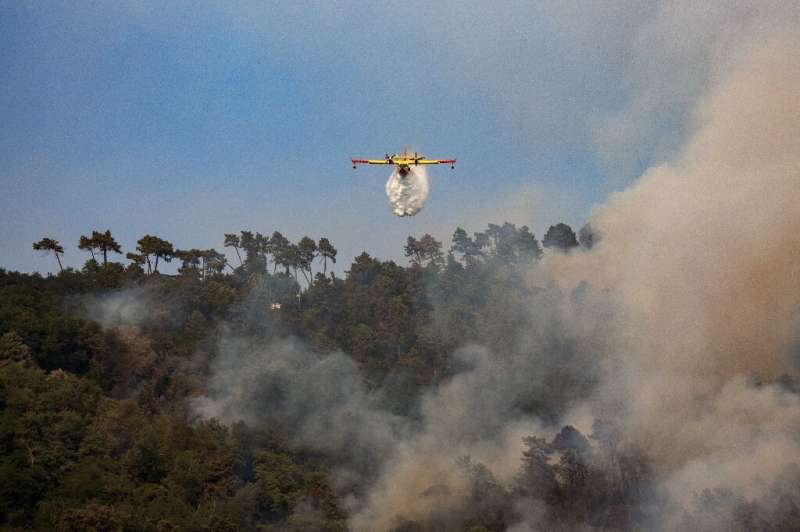 Italy faced the hottest day of the current heatwave Friday with red extreme heat warnings issued for 16 cities across the country, as firefighters battled blazes up and down the country.

Worst hit is expected to be Milan in the north with temperatures hitting 40˚C (104˚F), while Bologna to its south and the capital Rome could hit 39˚C.

On Thursday, the city of Pavia, just south of Milan, broke a record with thermometers hitting 39.6˚C.

For three consecutive months—May, June and July—national temperatures have been at least two to three degrees Celsius above the seasonal average, and the trend should continue until early August.

Along with the heat have come hundreds of fires across Italy in recent weeks. The largest still raging Friday was in central Tuscany, where 860 hectares (2,125 acres) had burned since Monday in an area west of Lucca. Over 1,000 people were evacuated Thursday.

Italy’s national firefighting corps say they have intervened in 32,921 wildfires from June 15 to July 21, or 4,040 more than in the same period last year.

Most have been in the southern regions of Sicily, Puglia, Calabria and Lazio, around Rome.

According to the specialised European monitoring service Copernicus, fires have ravaged 27,571 hectares (68,129 acres) so far this year in Italy.