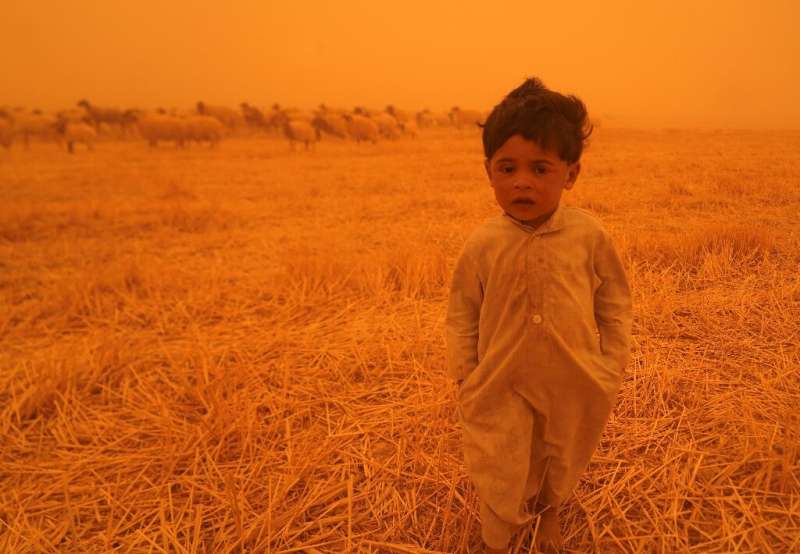 More than 1,000 people were hospitalised across the nation with respiratory problems.

Iraqi Prime Minister Mustafa al-Kadhemi ordered all work to cease in state-run institutions, except for health and security services, citing “poor climatic conditions and the arrival of violent sandstorms”.

Air traffic was suspended at the international airports in Baghdad, Arbil and Najaf, before flights resumed in the capital and Arbil.

The environment ministry has warned that over the next two decades Iraq could endure an average of 272 days of sandstorms per year, rising to above 300 by 2050.

The trend is associated with rising temperatures and water scarcity, the overuse and damming of rivers, as well as overgrazing and deforestation.