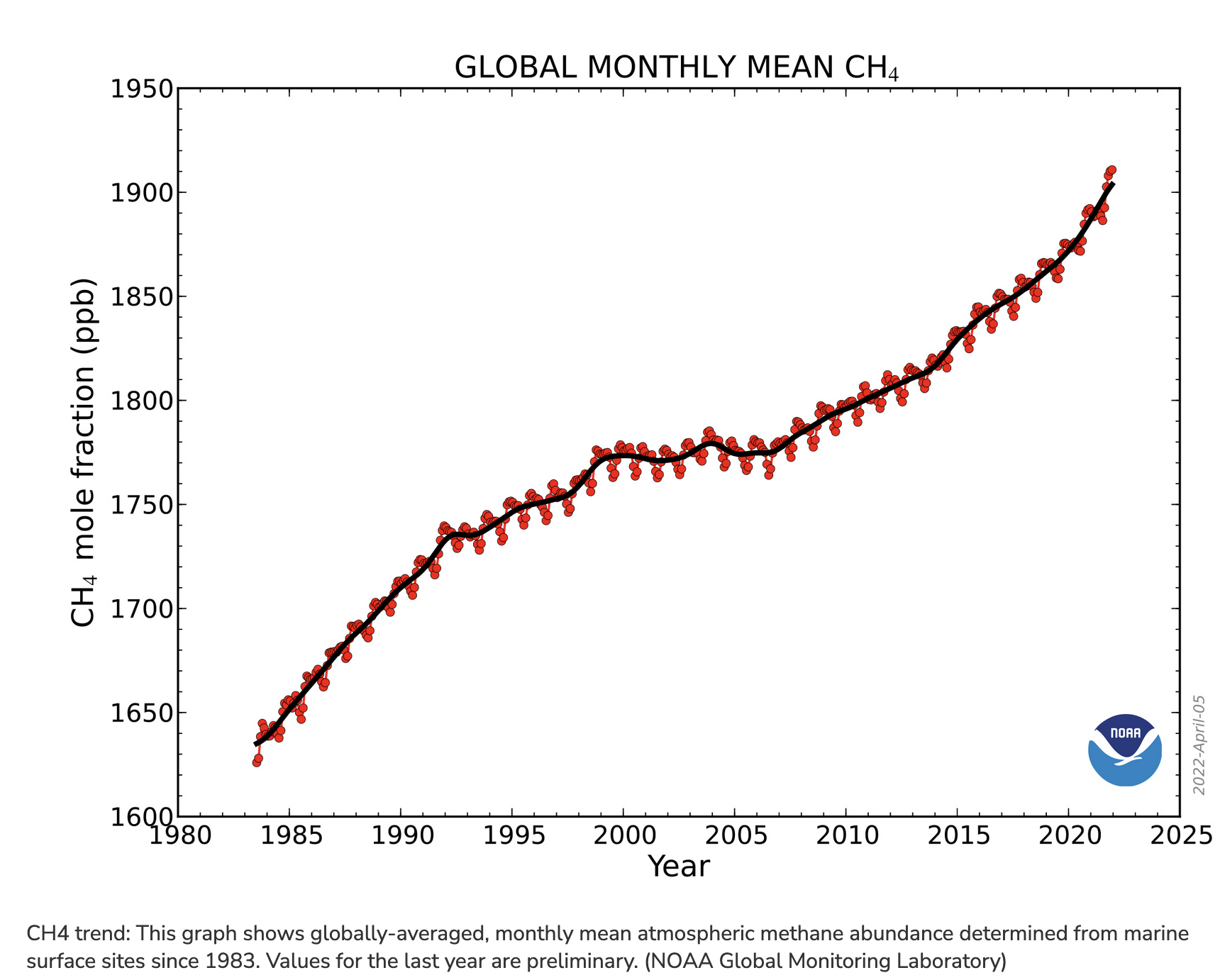 For the second year in a row, NOAA scientists observed a record annual increase in atmospheric levels of methane, a powerful, heat-trapping greenhouse gas that’s the second biggest contributor to human-caused global warming after carbon dioxide.

Meanwhile, levels of carbon dioxide also continue to increase at historically high rates. The global surface average for carbon dioxide during 2021 was 414.7 parts per million (ppm), which is an increase of 2.66 ppm over the 2020 average. This marks the 10th consecutive year that carbon dioxide increased by more than 2 parts per million, which represents the fastest sustained rate of increase in the 63 years since monitoring began.

Atmospheric levels of carbon dioxide are now comparable to where they were during the mid-Pliocene epoch, around 4.3 million years ago. During that period, sea level was about 75 feet (23m) higher than today, the average temperature was 7 degrees Fahrenheit (3.9˚C) higher than in pre-industrial times.

While there’s been scientific debate on the cause of the ongoing surge in methane levels, carbon dioxide pollution has always been the primary driver of human-caused climate change. The atmospheric residence time of methane is approximately nine years, whereas some of the carbon dioxide emitted today will continue to warm the planet for thousands of years.

“The effect of carbon dioxide emissions is cumulative,” said Pieter Tans, senior scientist with the Global Monitoring Laboratory. “About 40% of the Ford Model T emissions from 1911 are still in the air today. We’re halfway to doubling the abundance of carbon dioxide that was in the atmosphere at the start of the Industrial Revolution.”