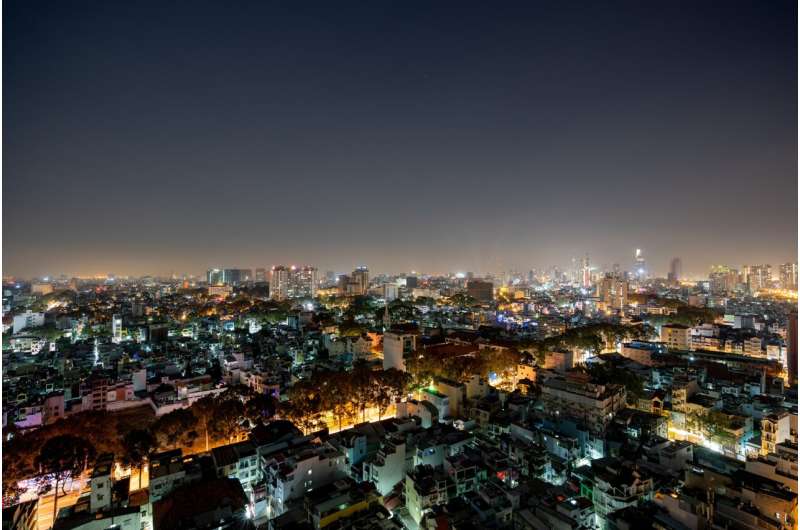 In 2014, Los Angeles cut its annual carbon emissions by 43% and saved $9 million in energy costs by replacing the bulbs in more than half of the city’s street lamps with light-emitting diodes.

That year, the Nobel Prize in physics went to three scientists whose work made those LEDs possible. “As about one fourth of world electricity consumption is used for lighting purposes, the LEDs contribute to saving the Earth’s resources,” the Nobel committee explained when it announced the award.

It sounds like a clear win for the environment. But that’s not how Ruskin Hartley sees it.

“The drive for efficient fixtures has come at the expense of a rapid increase in light pollution,” he said.

Hartley would know. He’s the executive director of the International Dark-Sky Association, or IDA, and he’s one of a growing number of people who say the dark sky is an undervalued and underappreciated natural resource. Its loss has detrimental consequences for wildlife and human health.

“We’ve taken a lot of the energy savings and just lit additional places,” Hartley said. It’s a classic example of the Jevons paradox, in which efficiency gains (such as better automobile gas mileage) are countered by an increase in consumption (people driving more often).

In essence, Hartley and others say, we’ve traded one kind of pollution for another.

Travis Longcore, an urban ecologist at UCLA, estimates that artificial lighting causes the night sky in Los Angeles to shine 1.5 times brighter than a night lit by a full moon. All creatures are affected by the brighter nightscapes, especially those who cannot close the blinds for a sound sleep.

“There are many, many species who don’t go out and forage during the full moon because it’s too bright and they know they’re going to be vulnerable to predators,” he said.

Even species that stay put are forced to relocate their homes. Western snowy plovers, a threatened species of shorebird, look for safe roost sites in darker areas of Santa Monica Bay when mostly empty parking lots are illuminated with floodlights all night long.

The survival of wild species depends on the variabilities of the natural world—day and night, seasons, the lunar cycle. Take them away, Longcore said, and you inevitably start alienating species from their natural habitats.

Snakes, for example, are most active and hunt prey during new moon nights. The disappearance of the California glossy snake and the long-nosed snake from Orange County has been attributed largely to the increase in ambient light.

Mexico, France and Croatia have enacted national light pollution laws. Since 2013, France has required all shops and offices to turn off their lights after 1 a.m.

19 states, the District of Columbia and Puerto Rico have laws on the books to prevent light pollution. Arizona, home to several large telescopes, requires all exterior lights to be fitted with shields that prevent light from escaping skyward. Some coastal areas in Florida mandate low-power amber lights that won’t draw sea turtle hatchlings away from the safety of the Gulf of Mexico.