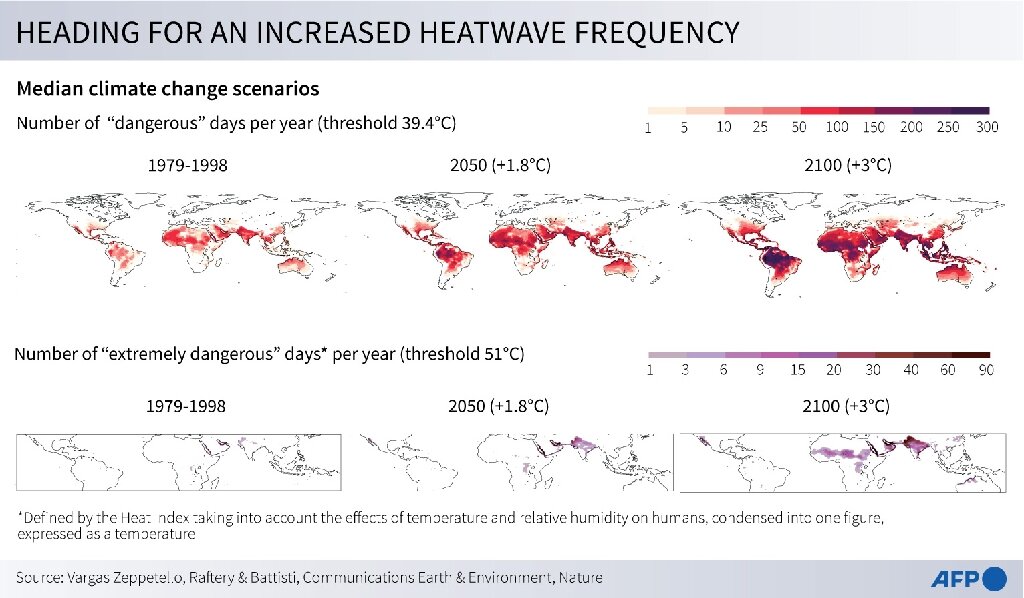 Heatwaves will become so extreme in certain regions of the world within decades that human life there will be unsustainable, the United Nations and the Red Cross said Monday.

Heatwaves are predicted to “exceed human physiological and social limits” in the Sahel, the Horn of Africa and south and southwest Asia, with extreme events triggering “large-scale suffering and loss of life”, the organizations said.

Heatwave catastrophes this year in countries like Somalia and Pakistan foreshadow a future with deadlier, more frequent, and more intense heat-related humanitarian emergencies, they warned in a joint report.

The UN’s Office for the Coordination of Humanitarian Affairs (OCHA) and the International Federation of Red Cross and Red Crescent Societies (IFRC) released the report in advance of next month’s COP27 climate change summit in Egypt.

“We don’t want to dramatize it, but clearly the data shows that it does lead towards a very bleak future,” said IFRC secretary-general Jagan Chapagain.

“On current trajectories, heatwaves could meet and exceed these physiological and social limits in the coming decades, including in regions such as the Sahel and south and southwest Asia.”

According to a study cited by the report, the number of poor people living in extreme heat conditions in urban areas will jump by 700% by 2050, particularly in west Africa and southeast Asia.

“Projected future death rates from extreme heat are staggeringly high—comparable in magnitude by the end of the century to all cancers or all infectious diseases—and staggeringly unequal,” the report said.

If emissions of the greenhouse gases which cause climate change are not aggressively reduced, the world will face “previously unimaginable levels of extreme heat”.