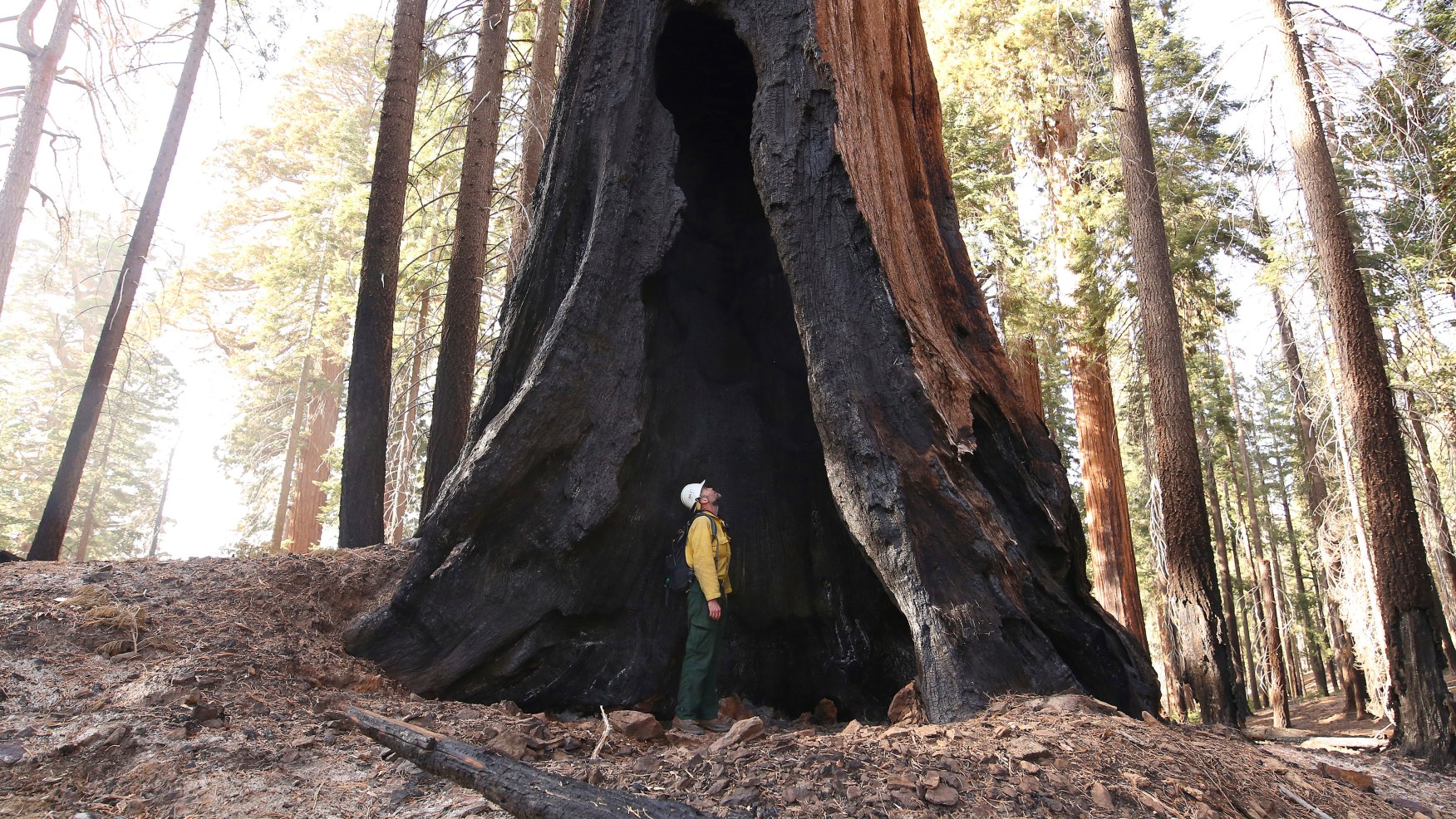 In the last two years, fires have consumed nearly 20% of them, according to the Forest Service.

In Kings Canyon, hundreds of giant sequoias have burned to death — even though these trees were built to burn and survive, and rely on fire to reproduce.

The giant sequoias thrived for centuries in a normal, natural cycle of fires. The trees have adapted so the cones open and release their seeds when heated by a fire — a fire that in turn clears the ground so that those seeds can reach soil and germinate.

Something else is going wrong with some of these trees. Bark beetles started killing sequoias — something never seen until 2014. The beetles are native to this area, and until now, no match for the giant trees, with 15-foot diameter trunks, thick leathery bark and resin that blocks the beetles from boring in. But we’re in a prolonged drought amplified by human-generated global warming. Some of the trees are stressed, weakened.