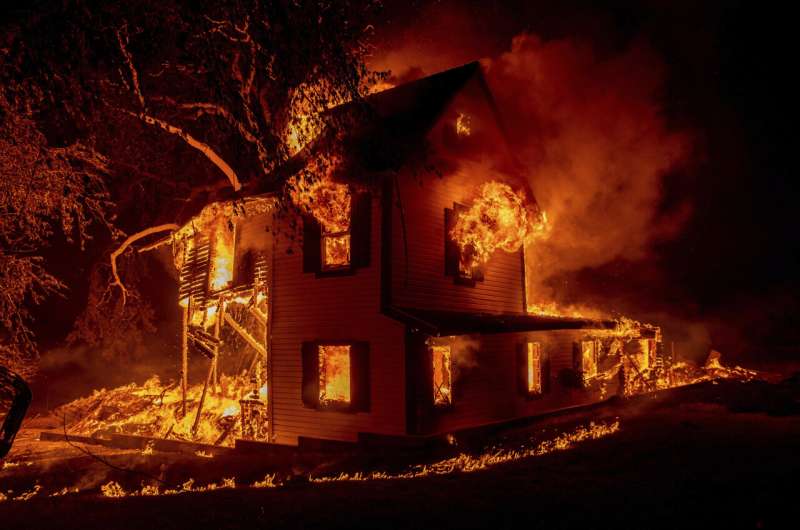 The Dixie Fire has scorched more than 940 square miles (2,434 square kilometers, 602,000 acres) in the northern Sierra Nevada and southern Cascades since it ignited on July 13 and eventually merged with a smaller blaze called the Fly Fire. It’s less than a third contained.

Investigations are continuing, but PG&E has notified utility regulators that the Dixie and Fly fires may have been caused by trees falling into its power lines. The Dixie Fire began near the town of Paradise, which was devastated by a 2018 wildfire ignited by PG&E equipment during strong winds. Eighty-five people died.