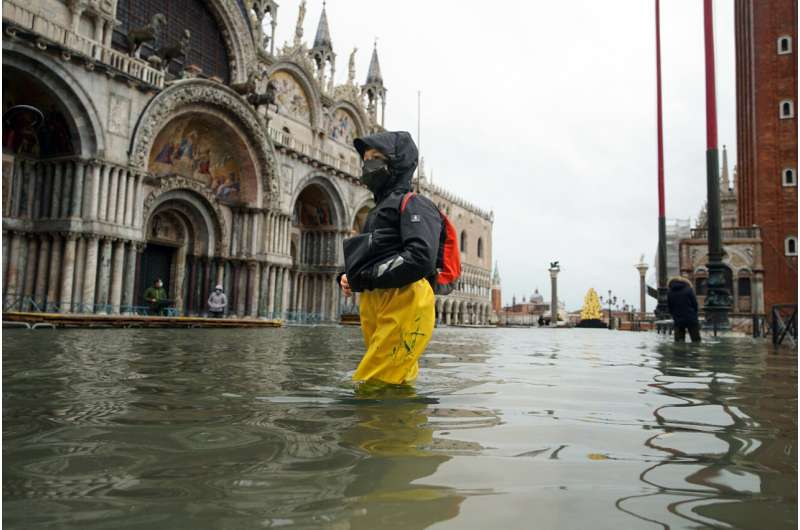 After Venice suffered the second-worst flood in its history in November 2019, it was inundated with four more exceptional tides within six weeks, shocking Venetians and triggering fears about the worsening impact of climate change.

“I can only say that in August, a month when this never used to happen, we had tides over a meter five times.

Venice’s worse-case scenario for sea level rise by the end of the century is a startling 120 centimeters (3 feet, 11 inches).

In the last two decades, there have been nearly as many inundations in Venice over 1.1 meters as during the previous 100 years: 163 vs. 166, according to city data.

Venice’s defense has been entrusted to the Moses system of moveable underwater barriers, a project costing around 6 billion euros (nearly $7 billion) and which, after decades of cost overruns, delays and a bribery scandal, is still officially in the testing phase.

Following the devastation of the 2019 floods, the Rome government put the project under ministry control to speed its completion, and last year start activating the barriers when floods of 1.3 meters (4 feet, 3 inches) are imminent.

The barriers have been raised 20 times since October 2020, sparing the city a season of serious flooding but not from the lower-level tides that are becoming more frequent.