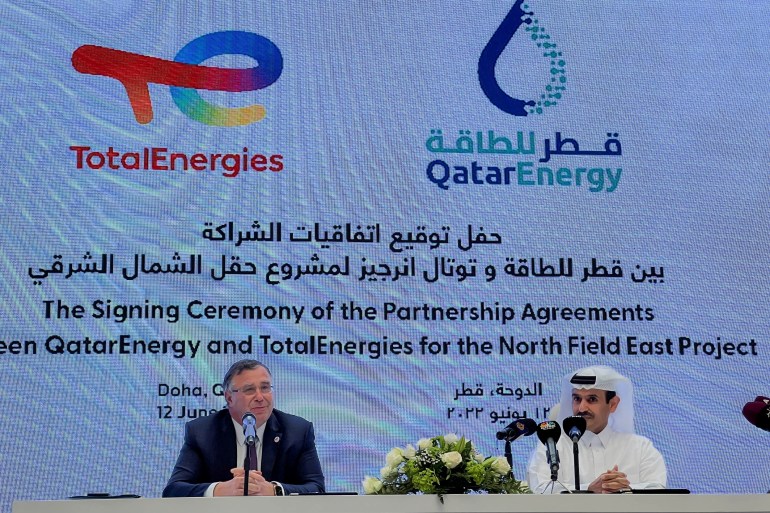 Speaking alongside TotalEnergies chief executive Patrick Pouyanne on Saturday, Qatar Energy Minister Saad Sherida al-Kaabi announced the French energy giant will have a 9.3% stake in the North Field South gas project, becoming the first foreign partner in that section of the vast field.

Al-Kaabi said TotalEnergies would also help to finance the extraction of gas from North Field South, for which 25% would be reserved for foreign energy firms.

The investment deal comes after TotalEnergies agreed in June to a 2 billion dollar deal to take part in the giant North Field East project, which will help Qatar increase its LNG production by more than 60% by 2027.

Shell of the United Kingdom, Eni of Italy and United States giants ConocoPhillips and ExxonMobil have also signed up to be part of the North Field East project.

Qatar and Germany have also been holding discussions on supplies of natural gas. Kaabi is scheduled to meet German Chancellor Olaf Scholz.

Al-Kaabi also confirmed Doha was in talks with the UK.

The Gulf country is one of the world’s top LNG producers, alongside the US and Australia, and LNG from North Field is expected to start coming on line in 2026.

South Korea, Japan and China have been the main markets for Qatar’s LNG.