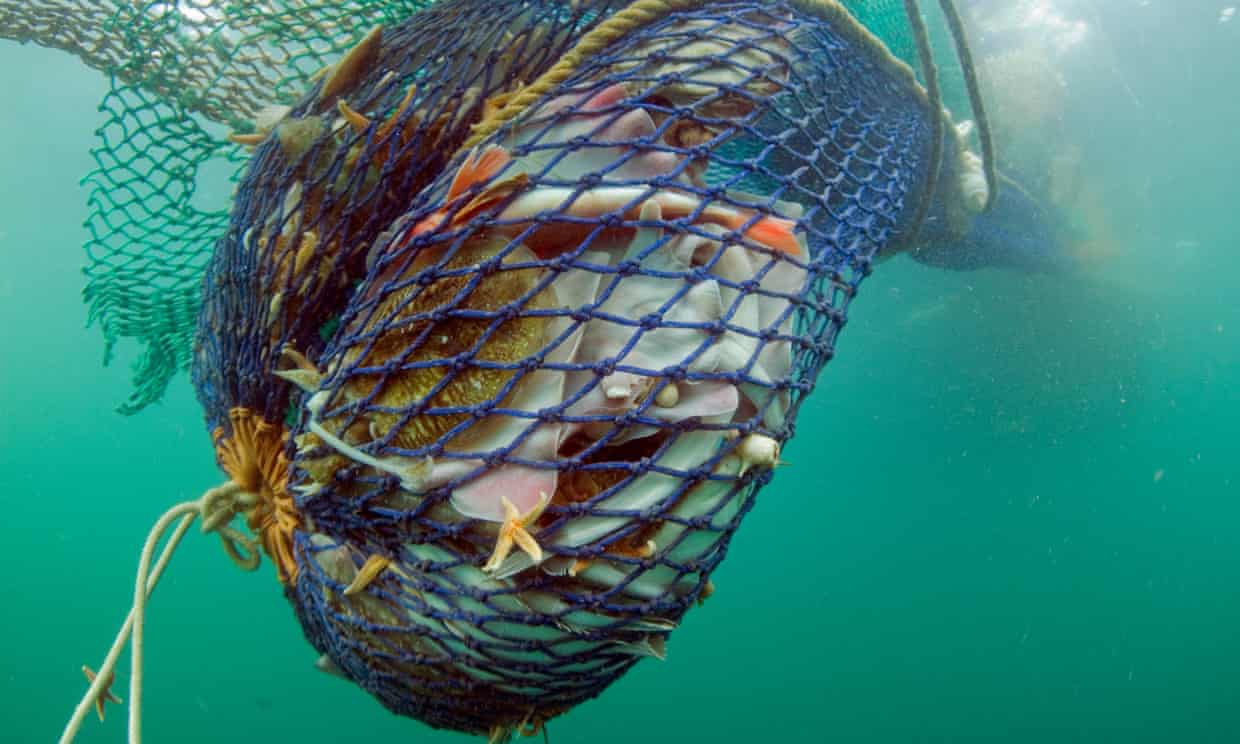 The waters of the EU are in a “dismal” state, with only a third of fish populations studied in the north-east Atlantic considered to be in good condition, according to more than 200 scientists and conservationists.

The EU has left 99% of continental waters unprotected from “high-impact activities” including bottom trawling and industrial-scale extraction, the scientists say, with only 1% set up as “true” marine protected areas (MPAs).

“As of today, bottom trawling is conducted in 59% of the EU’s so-called ‘MPAs’, ironically depleting vulnerable species within their boundaries even faster than in nearby unprotected areas,” the declaration said. “As they stand, EU MPAs fail to provide conservation benefits.”

Bottom trawling is “the most destructive and fuel-intensive fishing practice”, causing widespread destruction of marine life, the declaration said. It also disturbs carbon stored on the seafloor, adding to emissions and exacerbating global heating.

A study published last year stated fishing boats that trawl the ocean floor released as much carbon dioxide as the entire aviation industry.