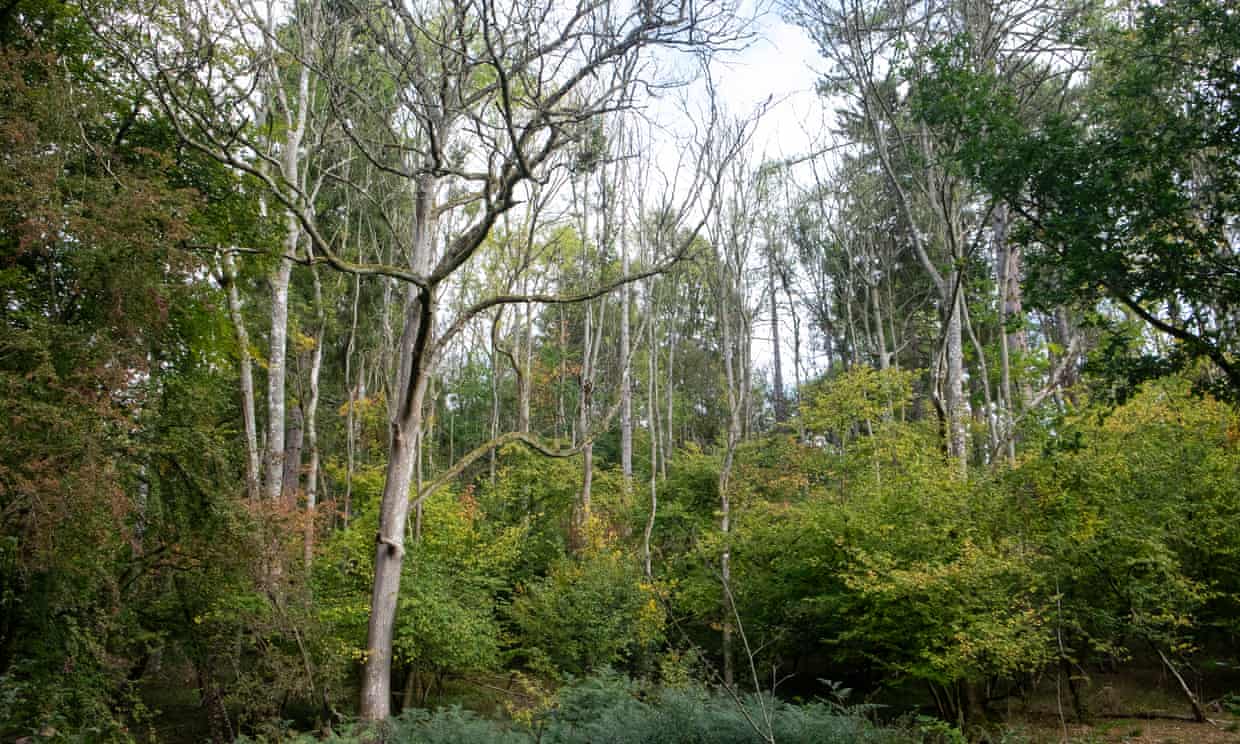 “We are getting hotter, drier summers and wetter winters and that is making trees more susceptible to disease. Climate change is already having some really significant effects”, said Rob Stoneman, director of landscape recovery for the Wildlife Trusts in the UK.

“The impact of ash dieback is going to be even bigger than that of Dutch elm disease, which has killed millions of trees since it appeared in the 1970s. Our woodlands, especially in northern England, are dominated by ash trees, so they are going to experience very rapid changes over the next decade.”

“It think we will be lucky if 5% of the nation’s ash trees survive this catastrophe,” said Debbie Lewis, head of ecology for Berkshire, Buckinghamshire and Oxfordshire Wildlife Trust (BBOWT).

Ash dieback is just part of a broader pattern of changes to our woodlands, added Stoneman. “In mainland Europe, we are seeing a whole range of diseases, such as oak processionary moth disease and pine blight, on the increase. And that is probably because trees are being stressed by climate change.”