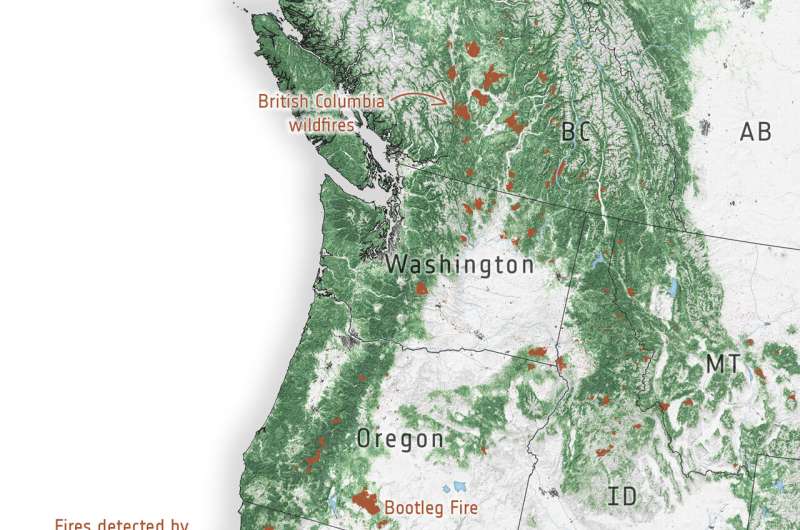 A severe drought, coupled with extreme temperatures, have sustained several major fires for much of August. As of 14 September, more than 7,000 wildfires have been recorded, burning over 900,000 hectares (2.2 million acres) across the state.

As the fires continue to burn, hot and dry conditions and forecasted thunderstorms have prompted officials to issue warnings through part of the state’s northwest coast.

Climate change is considered a key driver of this trend. In a recent report from the Intergovernmental Panel on Climate Change (IPCC), scientists concluded that that there is an unequivocal link between human activity and global warming. The report pointed to observations showing increases in drought and fires in the western United States, expecting this trend to continue in the future.