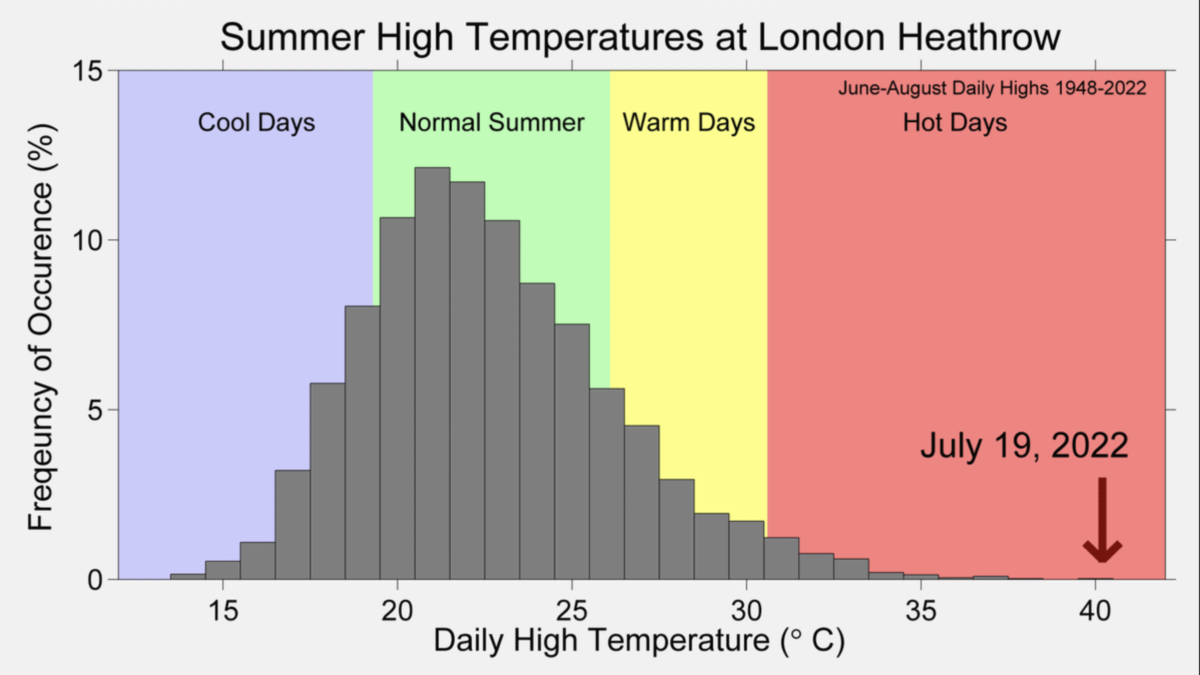 The maximum temperature reached Tuesday in Coningsby, England — 130 miles (209km) north of London — was unlike anything the village had ever observed. It was an outlier in the truest sense: about 9˚F (5˚C) above the previous highest temperature.

Ordinarily, when temperature records are broken during heat waves, they do so in a few places and by fractional degrees. But on Tuesday, records in the United Kingdom toppled over a vast area and by enormous margins.

The magnitude and extent of Tuesday’s temperatures underscored the exceptional nature of this extreme event — which scientists say would have been impossible without a boost from human-caused climate change.

As Coningsby set the national temperature record for England and the United Kingdom, all-time highs were also set in Scotland and Wales: