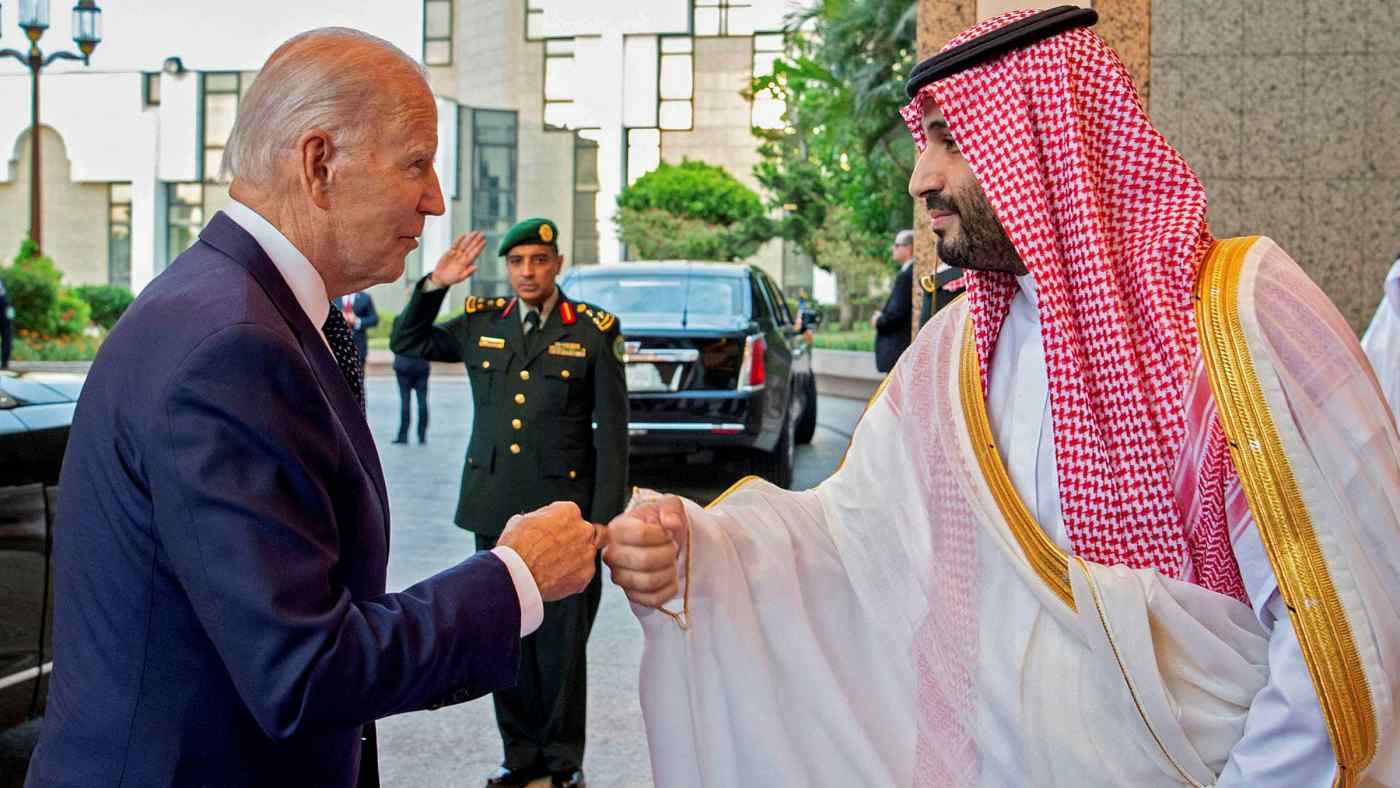 US president Joe Biden said he expected Saudi Arabia to take “further steps” to increase the supply of oil in the “coming weeks” following a meeting with Crown Prince Mohammed bin Salman in Jeddah.

Speaking after the meeting, Biden said he was doing “all I can” to increase crude supplies” and that he expected to succeed. “Saudi shares that urgency and based on our discussions today I expect we’ll see further steps in the coming weeks.”

A joint statement after the event, released by Saudi Arabia, made no mention of oil supply increases but said the two countries “renewed their commitment towards the stability of global energy markets” and that the US “welcomed the kingdom’s commitment to support balance in the global oil market”.