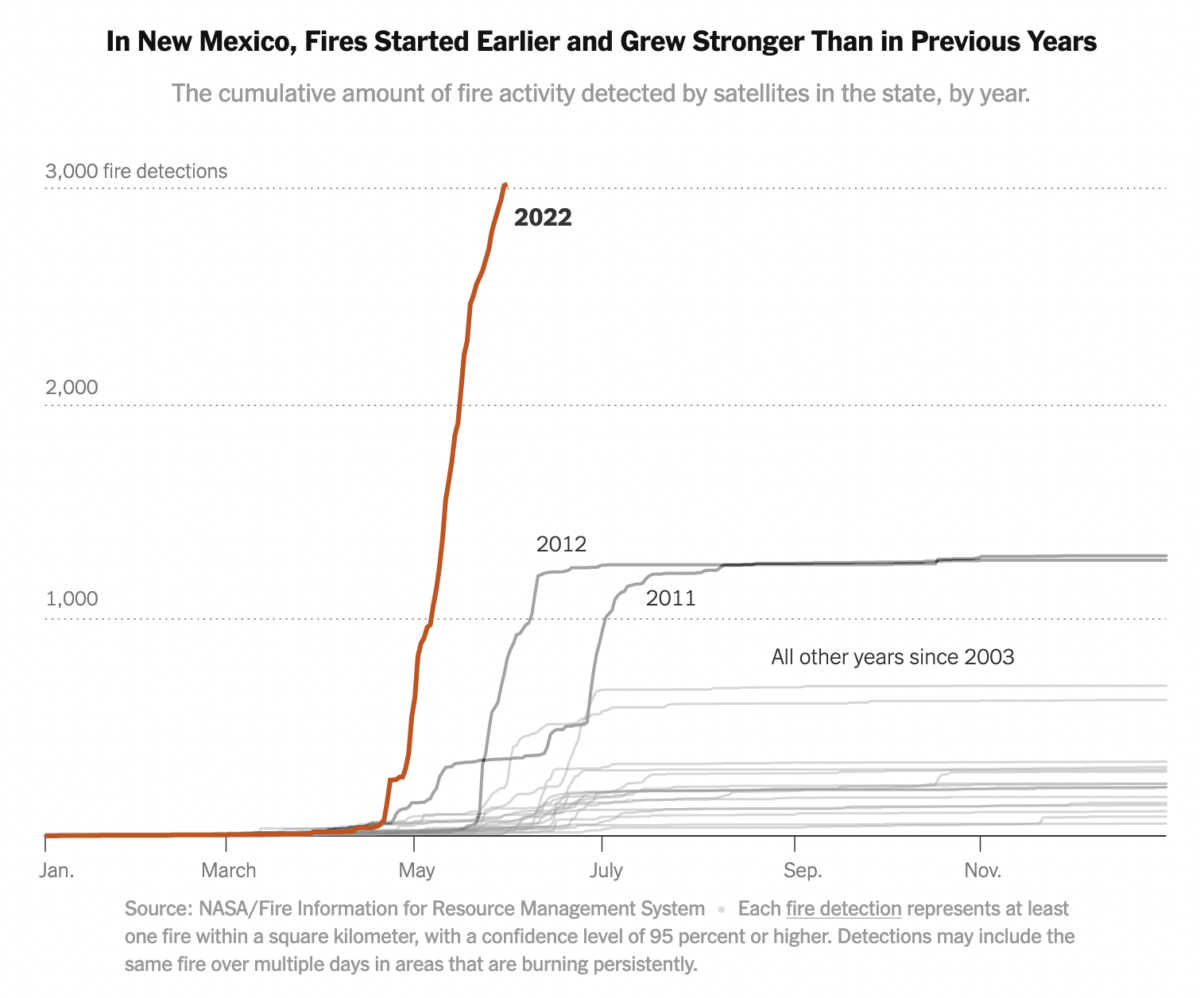 Fueled by abnormally dry, warm conditions and spread by strong winds, wildfires have burned more than 600,000 acres across New Mexico this spring — making it one of the worst fire years in the state’s recorded history. And there’s at least another month of peak fire risk ahead.

New Mexico’s largest and most destructive blaze has burned for nearly two months, alone consuming more than 315,000 acres of land — an area about the size of the city of Los Angeles.

Known as the Hermits Peak and Calf Canyon fire, the massive blaze has forced waves of evacuations. The fire, which started as two separate blazes that later merged, has damaged or destroyed more than 350 homes and other buildings so far, but no lives have been lost. Both blazes were caused by prescribed burns.

Similar conditions have fueled wildfires across New Mexico. The Black fire in Gila National Forest exploded in mid-May to become the second largest blaze burning in the state. It has continued to grow, forcing nearby evacuations as recently as this weekend. Another large springtime wildfire near the village of Ruidoso in the south of the state, which has since been contained, destroyed or damaged more than 200 structures and left two people dead.

But the sheer size of the Hermits Peak and Calf Canyon fire has stood out. It is the largest fire in the United States so far this year and the largest ever recorded in New Mexico.

Long-term drought and warmer-than-usual temperatures have contributed to increased fire risk across much of the Western United States in recent years. And large, destructive wildfires have become more common, especially in California. As the climate has warmed, traditional fire seasons have been expanding too — starting earlier and ending later in many parts of the world.