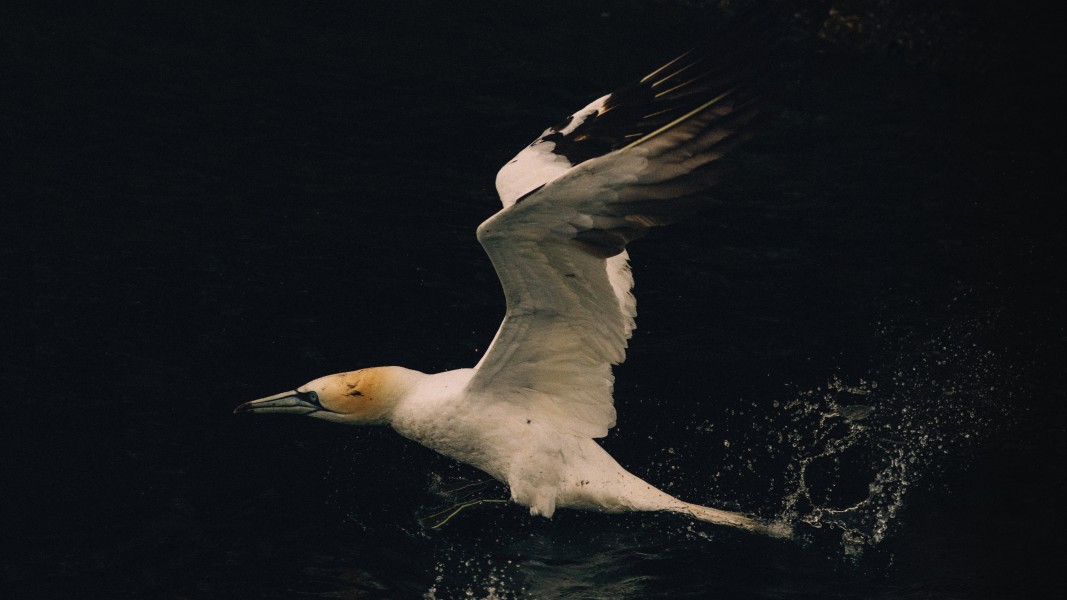 Avian flu is a highly pathogenic strain of the H5N1 virus. Since its early detections in poultry and wild birds in the spring of 2021, this new strain has killed more than 86 million birds in the US and Europe alone, predominantly through poultry culling, the mass slaughter of birds at sites where cases have been found.

Hundreds of thousands of wild birds have been affected too, particularly seabirds that live in densely packed colonies — optimal conditions for the spread of disease. The level of transmission in wild bird species is unprecedented. Whereas previous strains have affected a handful of species before petering out by the end of the winter, the current one has infected hundreds of species and hung around in populations year-round.

In Rajasthan, India, locals looked on in alarm in November last year as Demoiselles cranes, elegant grey-blue birds with long black necks, began showing signs of lethargy and confusion. Three hundred of the three-foot-tall birds are said to have died.

The virus spread west, wiping out 8,000 common cranes in Israel, “the worst blow to wildlife in the country’s history”, according to the environment minister.

At Greece’s Lake Mikri Prespa, home to the world’s largest Dalmatian pelican colony, more than half of the enormous, prehistoric-looking birds perished. An annual census of the species across the Balkans in May revealed a 40% decline in the population compared to last year.

In Scotland, among the worst-hit countries because of the concentration of seabirds on its coasts, the virus has wiped out more than half of the great skua colonies in Orkney and St Kilda. Scotland is home to about 60% of the world’s great skuas, a predatory bird known as the pirate of the seas. The scale of mortality could push the species into local extinction.

“I’ve worked in conservation for 30 years and I’ve never seen anything like this,” says Susan Davies, chief executive of the Scottish Seabird Centre in North Berwick.

Seabirds are long-lived and loyal creatures. Some live up to 50 years and don’t start breeding until the age of 5 or 6, meaning their birth rates are relatively low. Provided they breed successfully, most remain with their partner for life. It can take decades to build up a population after mass deaths.

Many scientists believe that industrial poultry farming is the cause of the current, highly pathogenic strain. However, because of the difficulty of tracing the spread of the virus in wild birds, this is hard to prove.

The symptoms are distressing to see. Lethargy, confusion, birds unable to lift their head and wings, shaking and nodding their head and, when in water, swimming in circles. It takes between 24 to 72 hours for the bird to die once infected.

A 2018 study by the University of Aberdeen showed the global population of seabirds had declined 70% since the 1950s as a result of pressures like industrial fishing, pollution, predation by invasive species and climate change.

As the sea has warmed and industrial fishing has proliferated, stocks of seabird prey such as sand eels have dropped dramatically, leaving the birds with less food. Seabirds routinely die caught in fishing nets or from ingesting plastic, while heatwaves and extreme weather events mean they are producing fewer chicks.