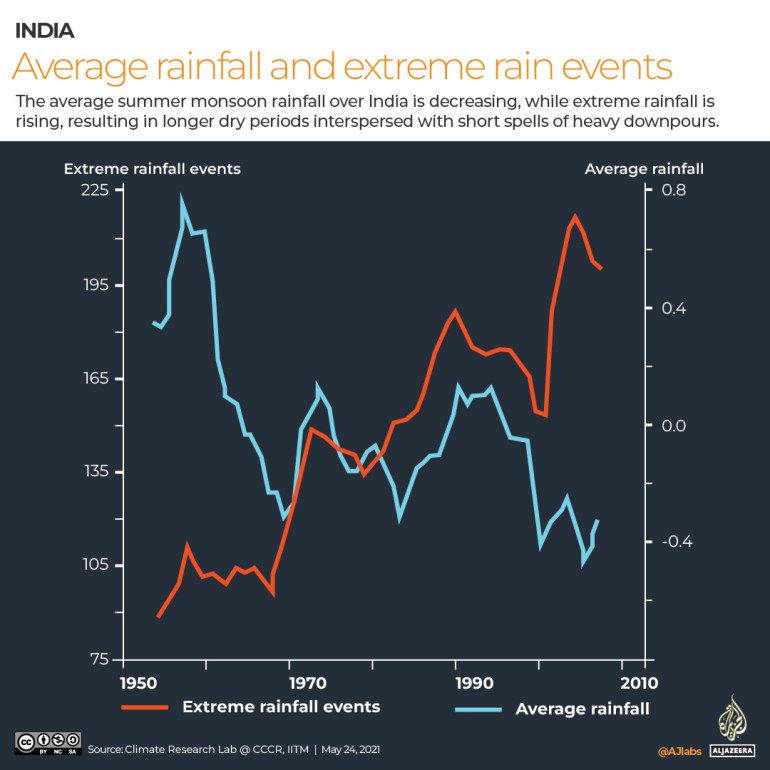 The summer monsoon, which typically arrives in June and continues till September, is life and livelihood. More than 75% of India’s annual rainfall occurs during this period. Monsoon rains are critical for India’s agriculture, the largest employer of workers in the country.

“Focusing on all-India rainfall can be a distraction because this country is huge, and there are huge variations in rainfall between different parts of the country during the monsoon,” said Roxy Mathew Koll, a climate scientist at the Indian Institute of Tropical Meteorology. “If you look at the regional distribution of rainfall, there is a clear decrease since 1950 in different parts of the country. The decline is significant in parts of north and central India. This is due to climate change and global warming, particularly in the Indian Ocean,” Koll added.

This has knock-on effects, starting with problems of water management. “We need modest rainfall spread through a longer period,” said Koll. Instead, there are bouts of heavy rainfall that lead to flooding and leave little time for the water to percolate underground. As the water table falls, more and more bore wells are drilled to pump out whatever water is left, eventually affecting water and food security.