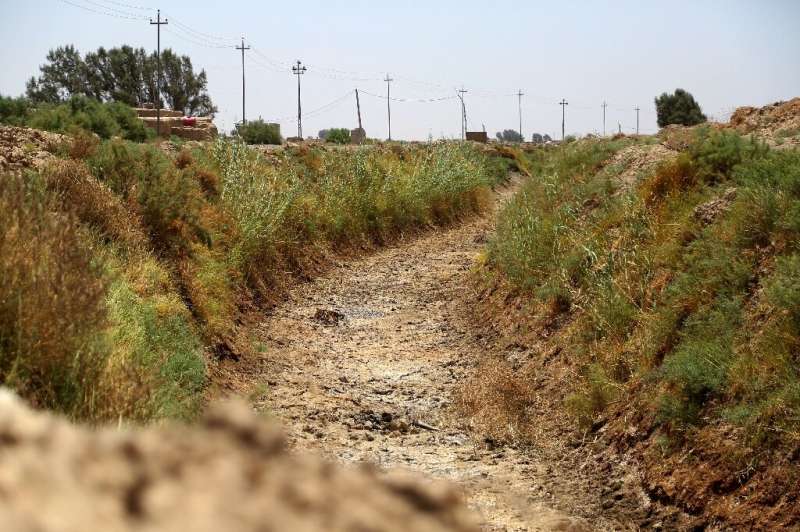 Iraq is known in Arabic as the Land of the Two Rivers, but it has seen water levels on the once mighty Tigris and Euphrates plummet.

The Euphrates, which passes through Diwaniyah province, has visibly contracted in recent months, with some of the river’s weaker branches drying up.

Governor Zouheir al-Shaalan said “around a third” of his province has problems accessing water, with more than 75 villages affected.

Authorities blame drought for the current water shortages, but also dams built upstream on some rivers and tributaries in neighbouring Turkey and Iran.

A report published this month by the International Organization for Migration in Iraq said that “climate migration is already a reality” in the country.

More than 3,300 families across 10 provinces in the country’s centre and south were displaced due to “climate factors” as of March this year, the report said, blaming water scarcity, high salinity and poor water quality.

Hassan Naim, who manages Diwaniyah’s water resources, said around 20 treatment plants were at a standstill.

Before, “some rivers ran dry, but only for a matter of days”, he said.

The present crisis has been going on for more than two months.

Hundreds of angry Diwaniyah residents have twice taken to the streets to protest the situation.

Al-Aghawat resident Razzak Issa believes a deal with Turkey, the source of the Euphrates, is needed to increase water supplies.

“Yes, we can ration usage, but it’s hot. How am I supposed to ration? I don’t bathe? I don’t wash my clothes? I don’t bathe my children? It’s impossible,” he said.

He too mixes salty water from his well with the trucked-in water from the authorities.

“Where can we go?” he said. “Everywhere in Iraq is “torture”.