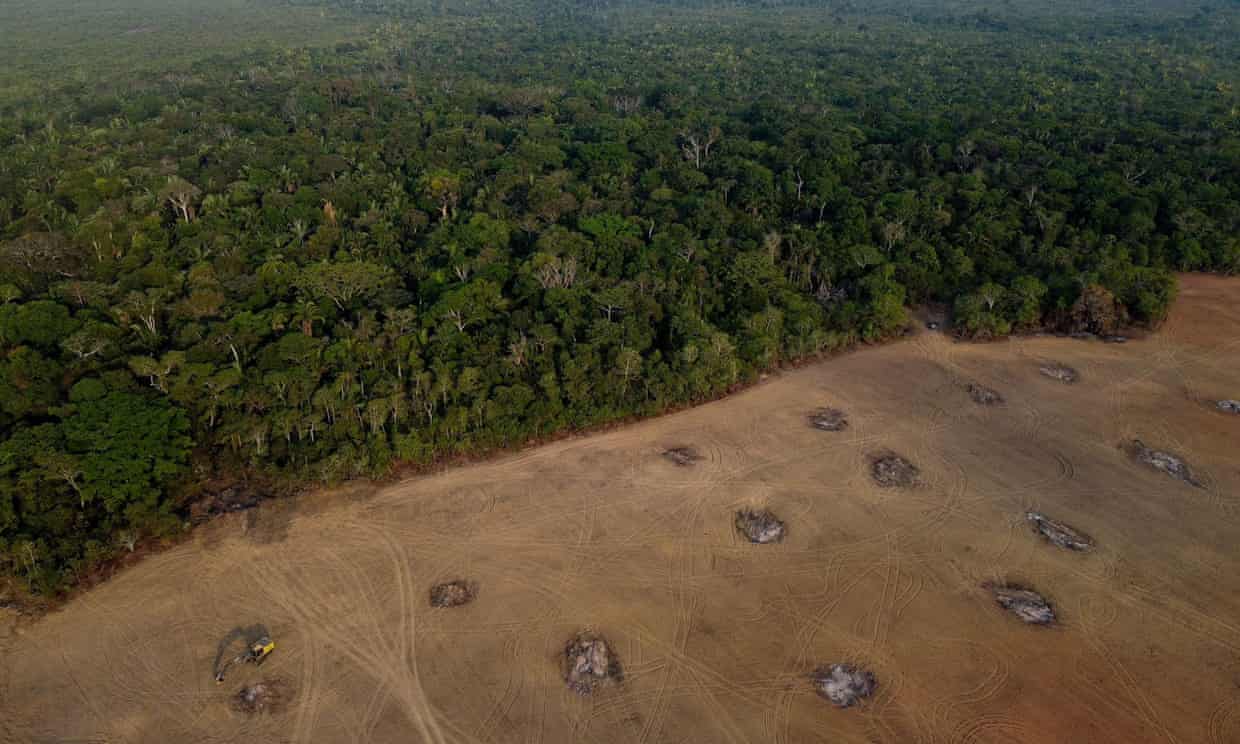 Some of the world’s biggest central banks are unwittingly helping to finance agri-business giants engaged in the destruction of the Brazilian Amazon.

The banks buy corporate bonds issued by big companies in an attempt to inject liquidity into financial markets when the private sector is reluctant to lend. Known as “asset purchase programmes”, these measures aim to reduce the cost of borrowing for companies and were used extensively during the pandemic as a way of bolstering economies.

“Because these programmes are guaranteed by the respective governments in the UK, the US and EU Member States, this means taxpayers throughout those territories are unwittingly underwriting companies engaged in the destruction of the Amazon and other rainforests,” according to the report.

Some of the companies that sold bonds are linked to environmental destruction, the report says, naming Cargill, Inc., the Archer-Daniels-Midland Company (ADM) and Bunge Ltd Financial Corp, three of the biggest agri-business conglomerates operating in Brazil.

All three companies have faced previous allegations of wrongdoing. The Guardian reported on links between Cargill and Bunge and a Brazilian farm which has been connected to abuses of indigenous rights and land.

“Since 2016, the Bank of England has also purchased an undisclosed share in a £150 million corporate bond issued by Cargill, Inc., and the European Central Bank has bought an undisclosed amount of debt issued by Bunge Finance Europe B.V.,” the report says.

And in just the last two years “the US Federal Reserve has bought a combined total of $16 million of bonds issued by the Archer-Daniels-Midland Company (ADM) Bunge Ltd Financial Corp, and Cargill, Inc.

“All this comes despite the repeated public statements from all three central banks stressing the risks that climate change poses to financial stability and long-term economic growth.”

Already, 26% of the Amazon has been cut down and some parts have passed the tipping point where previously lush forest have turned into dry savannah, according to a report issued early September by scientists and Indigenous organisations.