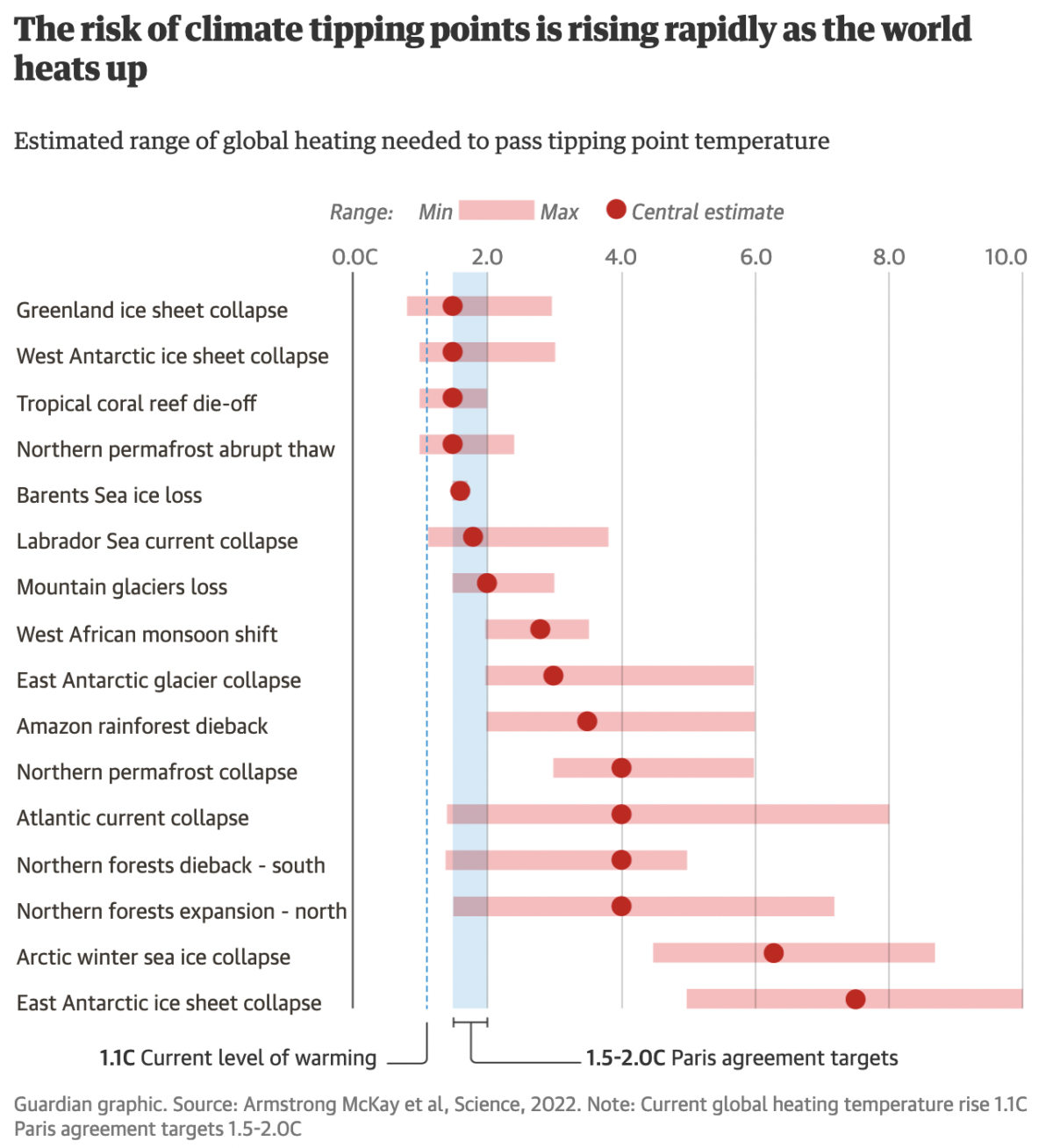 The climate crisis has driven the world to the brink of multiple “disastrous” tipping points, according to a major study.

It shows five dangerous tipping points may already have been passed due to the 1.1C of global heating caused by humanity to date.

These include the collapse of Greenland’s ice cap, eventually producing a huge sea level rise, the collapse of a key current in the north Atlantic, disrupting rain upon which billions of people depend for food, and an abrupt melting of carbon-rich permafrost.

At 1.5˚C of heating, the minimum rise now expected, four of the five tipping points move from being possible to likely, the analysis said. Also at 1.5˚C, an additional five tipping points become possible, including changes to vast northern forests and the loss of almost all mountain glaciers.

In total, the researchers found evidence for 16 tipping points, with the final six requiring global heating of at least 2˚C to be triggered.

“The Earth may have left a ‘safe’ climate state beyond 1˚C global warming,” the researchers concluded, with the whole of human civilisation having developed in temperatures below this level. Passing one tipping point is often likely to help trigger others, producing cascades.