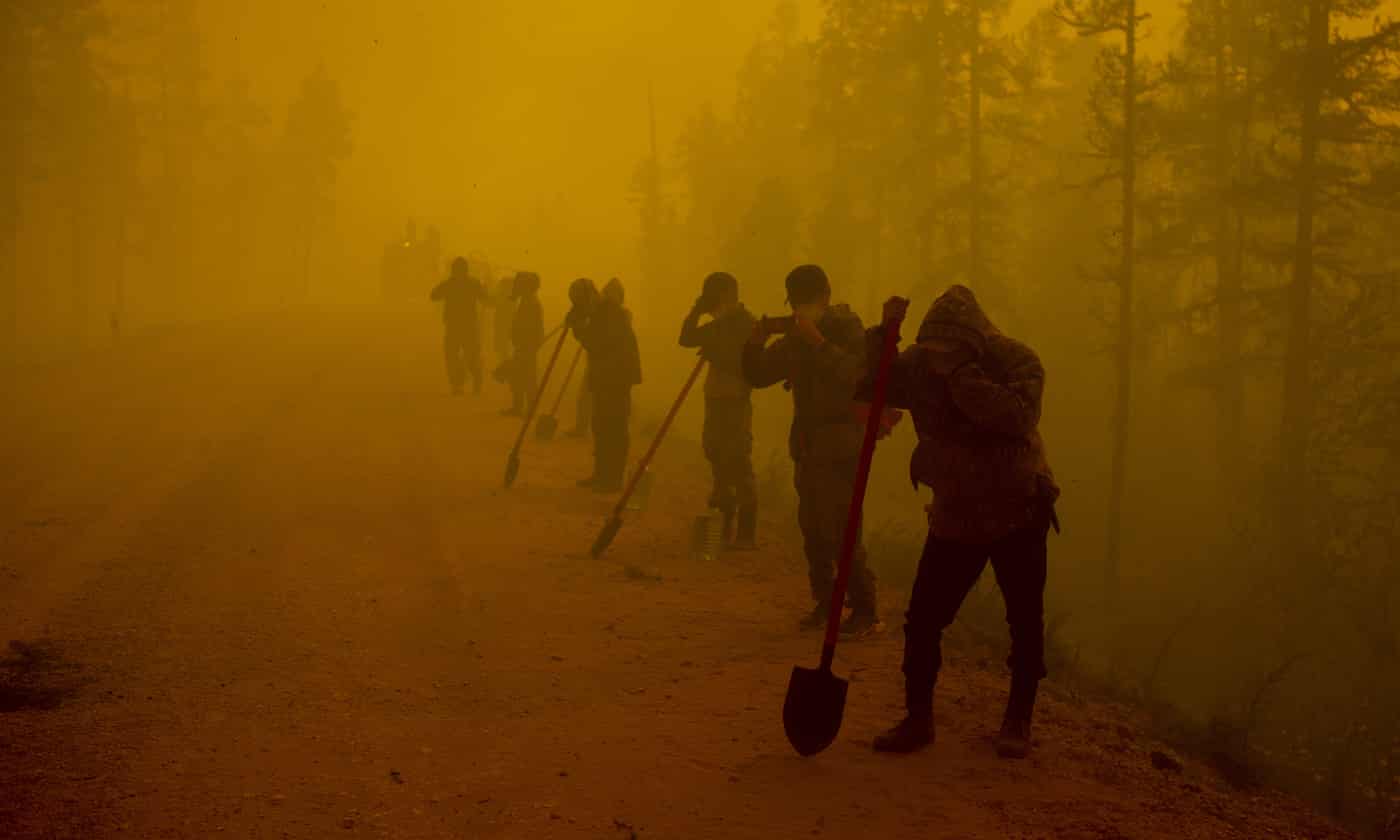 More and more scientists are now admitting publicly that they are scared by the recent climate extremes, such as the floods in Pakistan and west Africa, the droughts and heatwaves in Europe and east Africa, and the rampant ice melt at the poles.

That is not because an increase in extremes was not predicted. It was always high on the list of concerns alongside longer-term issues such as sea level rise. It is the suddenness and ferocity of recent events that is alarming researchers, combined with the ill-defined threat of tipping points, by which aspects of heating would become unstoppable.

Climate computer models have typically projected a fairly consistent but smooth rise in temperatures. But recently the climate seems to have gone haywire.

The heat phenomenon in the Canadian town of Lytton, for instance, produced a “dome” of trapped heat that cranked up the temperature to 49.6˚C (121.3˚F). Wildfires raged and the town was razed. The high temperature itself was shocking enough but amazingly it topped the previous record by 5˚C (9˚F), when records are normally beaten by just a few tenths of a degree.

In July this year the UK had its first 40˚C (104˚F) day. Two years previously, researchers said the chances of that happening this decade were 100 to 1. The small print of that day revealed a truly extraordinary high temperature at Bramham, Yorkshire, breaking the previous record by 6.5˚C (11.7˚F).

But it is the threat of unstoppable long-term change that most worries Prof Dame Jane Francis, director of the British Antarctic Survey. She has witnessed temperatures in the Antarctic of 40˚C (72˚F) above the seasonal norm, and 30˚C (54˚F) above in the Arctic.

She said: “It’s really scary. It seems some of [these trends] are already under way.” She said she feared for the permafrost, the Greenland ice sheet, the Arctic sea ice, and Antarctica’s Thwaites glacier and western ice sheet.

“These multiple effects will affect the whole planet, as well as the local inhabitants,” she says. As a geologist rather than a climate modeller she looks back in time for clues about the Earth as it is at present, with its inflated CO2 level, which peaked at about 420 parts per million in May.

“The last time the planet saw 400ppm CO2 was three to four million years ago during the Pliocene when global sea levels were 10-20 metres higher and temperatures 2-3˚C higher. Those changes happened over millions of years. Now it feels like we are forcing these changes on our planet in far shorter time spans.”

There has been heavy loss of life from floods in Nigeria, and summer in Europe brought relentless heat. Motorways in France closed as forest fires raged. Wildfires also ravaged Spain, Portugal and Greece. Northern Italy could lose up to half its agricultural output due to a drought that dried up sections of the nation’s longest river, the Po.

And that is just with 1.1˚C or 1.2˚C of warming. Before long we will crash through the 1.5˚C threshold – and unless much more radical action is taken we are heading for between 2˚C and 3˚C warming. Scientists are urging politicians not to find out what global warming of 2˚C above pre-industrial levels feels like.