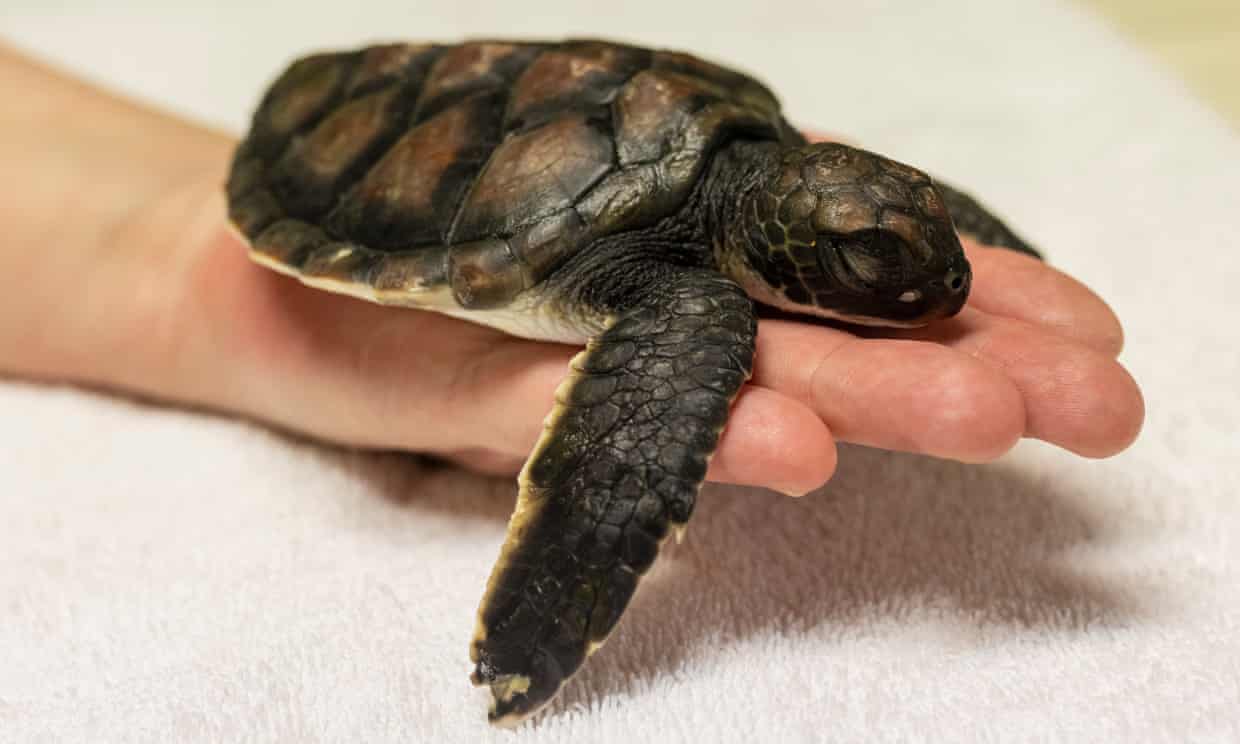 The 127-gram hatchling was found lying on its back in a rockpool near Sydney’s Tamarama beach. It was missing one of its four flippers, had a chip in another, and had a hole in its shell.

Carers said that aside from these injuries, the turtle appeared to be in good physical condition and had no trouble swimming.

“But then it started to defecate, and it defecated plastic for six days. No faeces came out, just pure plastic,” the Taronga veterinary nurse Sarah Male said.

“It was all different sizes, colours and compositions. Some were hard, some were sharp, and with some, you could tell the plastic had writing on it. This is all some of these poor little things are eating. There’s so much plastic around they’re just consuming it as their first initial food,” she said.

Taronga’s wildlife hospital cares for up to 80 marine turtles a year – many admitted with injuries after becoming entangled in fishing lines or from digesting hooks and plastics.

More than 8 million tonnes pour into oceans around the world each year. The majority is carried out to sea by rivers, dumped along coastlines or abandoned by fishing vessels.

A study of a beach on Henderson Island, one of the world’s most remote places, found nearly 38 million pieces of plastic strewn across the sand.