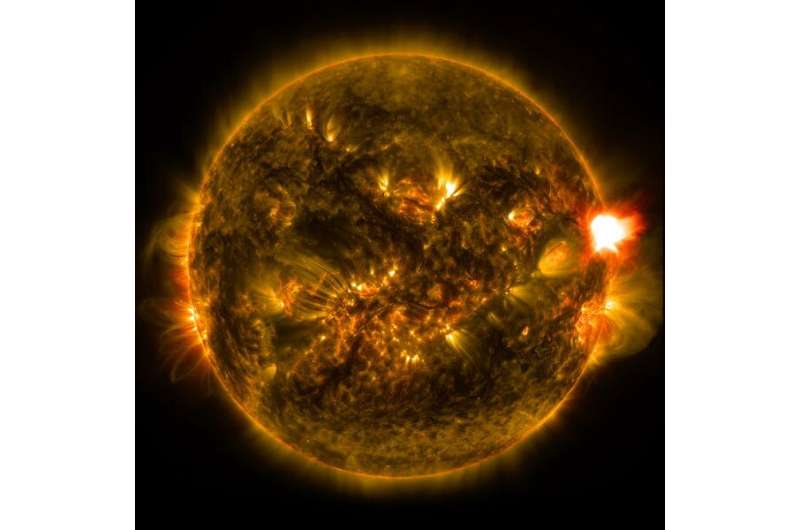 A group of 60 scientists called for a moratorium on solar geoengineering last month, including technologies such as stratospheric aerosol injection (SAI). This involves a fleet of airplanes releasing aerosol particles—which reflect sunlight back to outer space—into the atmosphere, cooling down the Earth.

SAI could pose grave dangers, potentially worse than the warming it seeks to remedy.

A cooler Earth means less water would be evaporating from its surfaces into the atmosphere, changing rainfall patterns. This could produce ripple effects across the world’s ecosystems. Poor coordination of aerosol release could lead to extreme rainfall in some places and blistering drought in others, further triggering the spread of diseases.

SAI could also make natural catastrophes worse than they currently are. A volcanic eruption, like that of Iceland’s Eyjafjallajökull volcano in 2010, could naturally cool the Earth as plumes of ash block sunlight from reaching the planet’s surface. If this happened while SAI was deployed, it would have to be urgently adjusted (not an easy feat) to avoid overcooling one hemisphere and producing extreme weather patterns as a result.

Similarly, although nuclear war may seem unlikely, global nuclear capabilities continue to grow, and bad political decision-makers are in no short supply. A “nuclear winter,” during which global temperatures drop for years due to soot clouds from nuclear-triggered fires, could be deepened by SAI.

SAI would likely rely on aerosols being consistently sprayed into the atmosphere by a fleet of airplanes, as the particles have a half life of approximately eight months. Satellites would be needed to coordinate these efforts and help monitor any atmospheric changes.

Any disaster severe enough to permanently disable these systems could trigger a “termination shock”. If an SAI system effectively “hiding” global warming were suddenly removed for an extended period, the Earth could heat up by multiple degrees in a matter of decades.

There are numerous ways in which an SAI system could be disrupted. An unprecedented explosion of solar matter, related to a solar flare, could knock out the world’s electrical systems by smashing into the Earth’s magnetic field. This could damage the aviation and satellite systems needed for SAI.

SAI could also be an attractive target for cyberattacks.

A small group of countries that prefer a cooler Earth could start to use SAI without international agreement. Yet there is little research on what the effects of this more disorganized use of SAI might be.

In an ideal world, those governing SAI would ensure that its infrastructure is resilient against catastrophes, operated cooperatively between countries, has extensive backups and is closely monitored for the duration of SAI deployment (likely decades and potentially over a century). And to ensure we don’t get trapped into relying on SAI indefinitely, we’ll still have to reduce greenhouse gas emissions to net zero, as well as removing excess emissions from the atmosphere.

But assuming this kind of governance would be naive. Just consider the pandemic. From underinvesting in COVID testing and vaccine development to placing misguided trust in herd immunity, policymakers have not proven reliable decision-makers. Imagine the conflict over placing a chemical mask over the Earth.