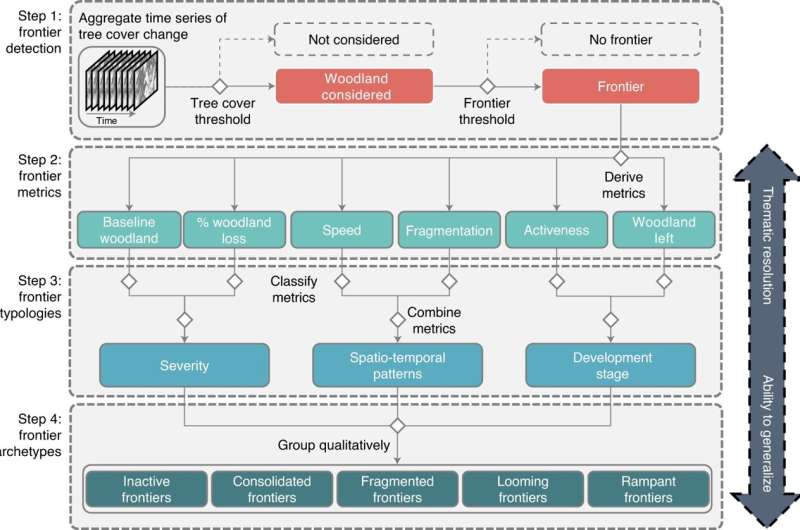 Since 2000, more than 71 million hectares of dry forest have been destroyed, an area about twice the size of Germany. Many hotspots of deforestation are concentrated in South America, such as in the Gran Chaco in Argentina, Paraguay, and Bolivia, or the Cerrado in Brazil, as well as in Asia, such as the dry forests of Cambodia, Laos and Vietnam. “What is worrying is also that we found one third of all remaining dry forests to be located in areas where deforestation is already taking place,” Matthias Baumann, a co-author of the study, highlights, and adds: “We are going to lose many of these unique forests in the near future, if we do not better protect them.”

Deforestation in the tropics leads to major environmental and social problems, including biodiversity loss, carbon emissions, the spread of zoonotic diseases, or the marginalization of millions of local people that depend on these forests for their livelihoods. Unfortunately, the fate of dry forest and savannas is frequently overlooked by research, by policymakers and by the public. Ana Buchadas, researcher at the Geography Department of Humboldt-Universität zu Berlin says, “This is problematic because these ecosystems are really exceptional and equally threatened as rainforests in many parts of the world.”