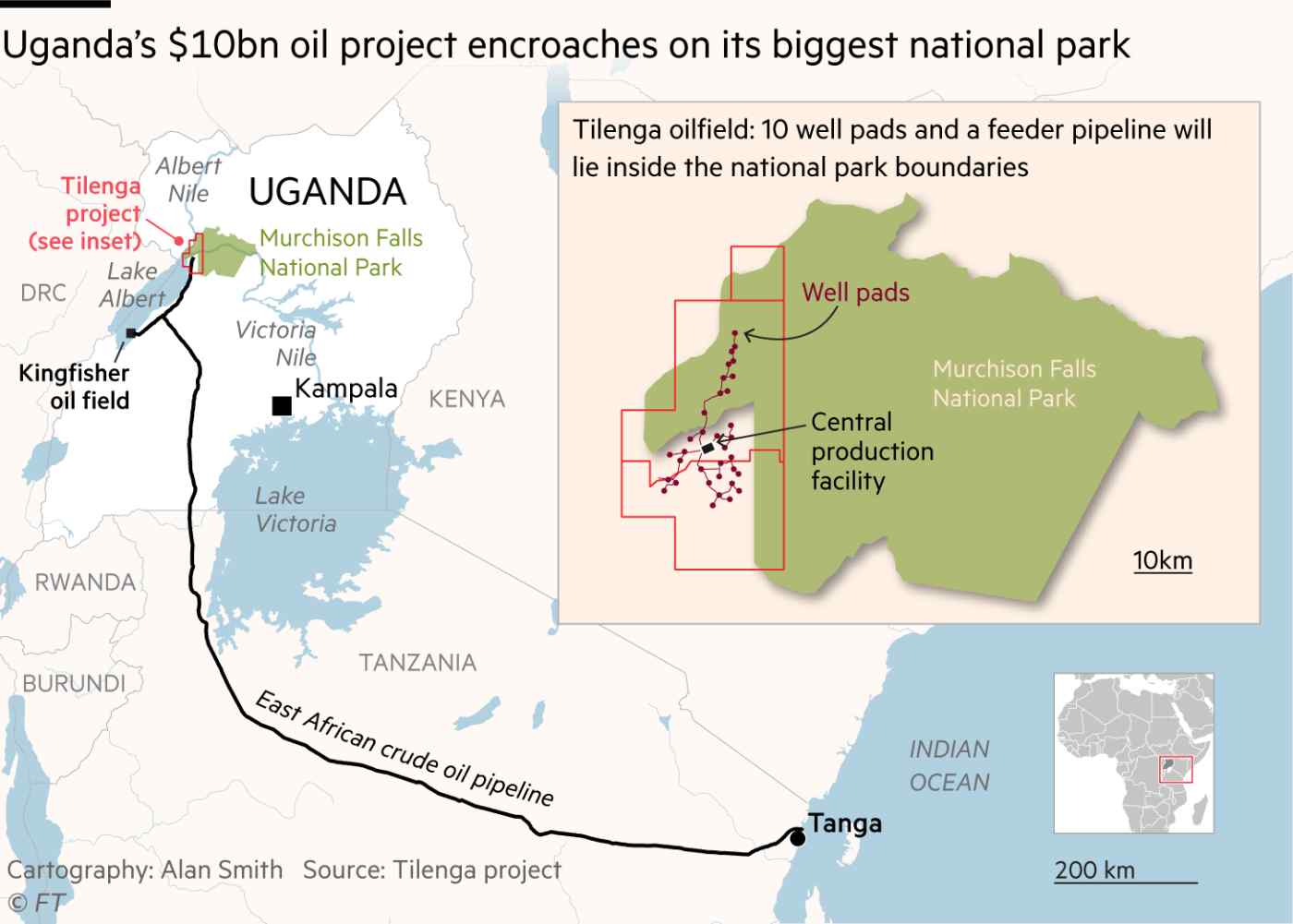 As one of the world’s most famous game reserves, Murchison Falls National Park is home to some of the largest populations of elephants, giraffes, lions and leopards anywhere on the planet. Chief warden Edison Nuwamanya rattles off the numbers by heart: 2,700 elephants, 15,800 buffalo, 1,950 Rothschild’s giraffes and more than 150,000 kobs, a type of antelope. Decades of hard work and investment have helped to restore these populations after they were decimated by poaching.

But life here is about to encounter a new threat, as the $10bn Lake Albert oil project run by French oil company TotalEnergies and Chinese state oil developer Cnooc roars into life, after a final investment decision was reached earlier this year. A key part of it, the Tilenga oilfield, includes 10 well pads and a feeder pipeline inside the national park, bringing industrial activity on a scale this area has never seen before.

Many are worried about the impact it will have on wildlife. “It is in the very prime habitat. Animals are concentrated in the areas where oil is,” says Justine Namara, head of the environmental impact assessment unit at the Uganda Wildlife Authority.

The project is set to transform not only this landscape, but also the energy market of east Africa, producing 230,000 barrels of oil a day at its peak. By 2025, Uganda is set to become an energy producer for the first time, exporting the oil through a 1,443km-long heated pipeline that runs through Tanzania.

The Ugandan government says the project will give the country a much-needed boost in revenue of up to $1.2 billion to add to its $41 billion gross domestic product, and provide jobs to an economy still reeling from the pandemic.

The peak oil extraction quoted above is equivalent to about a quarter of daily global oil consumption.