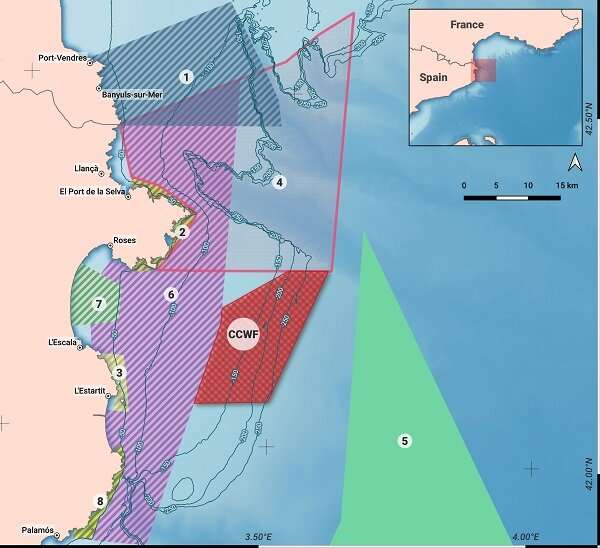 A scientific team recommends excluding and moving offshore wind farms from the protected areas in the Mediterranean due to the serious negative impacts these facilities can cause on the marine biodiversity and the landscape.

The team reviewed nearly 150 papers. This diagnosis aims to be useful in other Mediterranean areas and other seas and oceans of the world that feature a high diversity, the existence of protected marine areas, a valuable landscape, and important fishing and tourist activities at a local scale.

The article highlights that the large-scale offshore wind farms can entail “serious environmental risks to the seafloors and the biodiversity of many areas in the Mediterranean”:

Debate on the potential impacts of the marine wind farms on the landscape will become more intense in the Mediterranean than in the Northern countries, and it has to do with the relevance of the coastal and maritime tourism of this sea. For instance, the wind farm projected in Cap de Creus would be built 8–30km (5–19miles) from the coast, while in 2019, the average distance of all the marine wind farms in Europe was nearly 60km (37miles) from the coast.