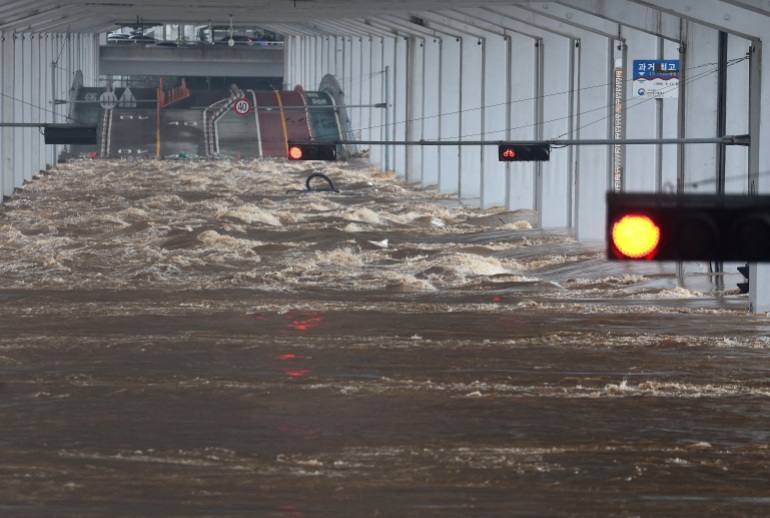 At least nine people have died and seven were missing in and around the South Korean capital, Seoul, after the city was lashed by the heaviest rains in more than 100 years.

According to the Korea Meteorological Administration, the accumulated rainfall in Seoul since midnight on Monday stood at 525mm as of 7am on Wednesday.

Monday saw the heaviest rainfall, with the KMA recording an accumulated daily precipitation of 381.5mm, far higher than the official record of 354.7mm registered in August 1920 and the highest since the country started its modern weather recording system in 1907.

Al Jazeera’s McBride said the record-breaking rains were forcing South Korean authorities to rethink how they respond to weather events.

“For example, Seoul’s Gangnam district, south of the river, is prone to flooding. The authorities there had put in place ahead of these summer floods, special drainage to deal with the excess amount of water and they were very confident of being able to deal with these floods, able to handle up to 80mm of water per hour. Now that is an awful lot of water, clearly that is still not enough,” he said.