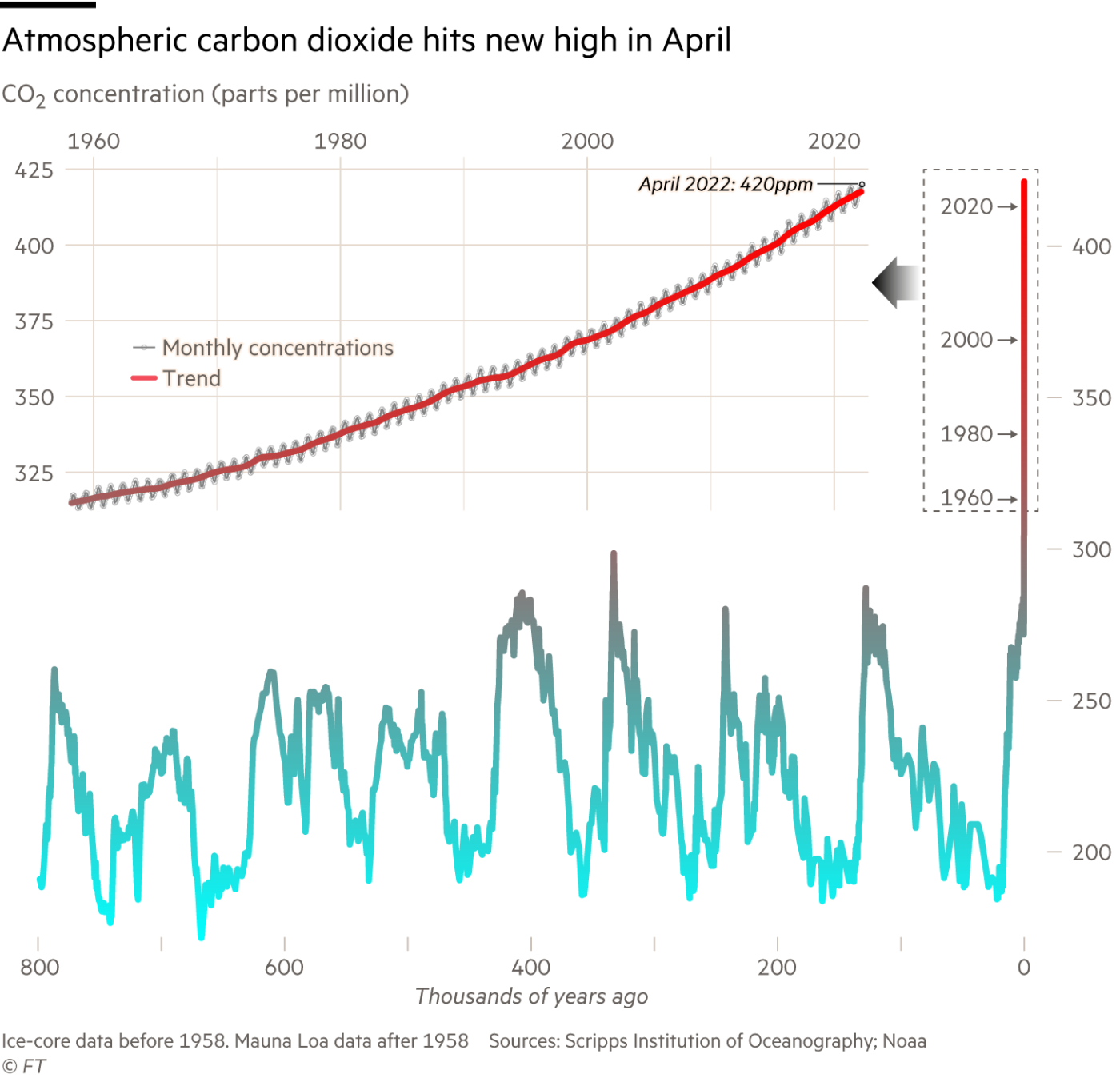 A new record for the highest daily level of carbon dioxide in the atmosphere has been set this week, ringing alarm bells about the pace of global warming. The daily record of 421.37 parts per million CO₂ was recorded at Manau Loa by the Scripps Institute of Oceanography, with similar numbers reported by the National Oceanographic and Atmospheric Administration.

Scientific consensus is that the planet remains healthy for humanity at up to 350ppm. The previous high was 418.95ppm in May 2021. After a new record was set for the month of April, even higher CO₂ levels are expected in May, said Pieter Tans, senior scientist at the National Oceanographic and Atmospheric Administration. “It is very concerning, extremely worrisome,” he said. Not only were carbon dioxide levels high, they were also rising faster and faster, he said. “This last decade, the rate of increase has never been higher, and we are still on the same path,” said Tans. “So we are going in the wrong direction, at maximum speed.”

“That is the signature of all our human activities, primarily burning fossil fuels all over the planet,” says Tim Lenton, professor of climate change at the University of Exeter. “Global warming is doing all kinds of things already to the planet, it has certainly changed the frequency and intensity of some extreme weather events,” said Lenton, pointing to phenomena such as heatwaves, forest fires and the gradual rise of the sea levels.

In 2021, emissions of carbon dioxide from energy sources rose to a record high, as the global economy recovered from the coronavirus pandemic.