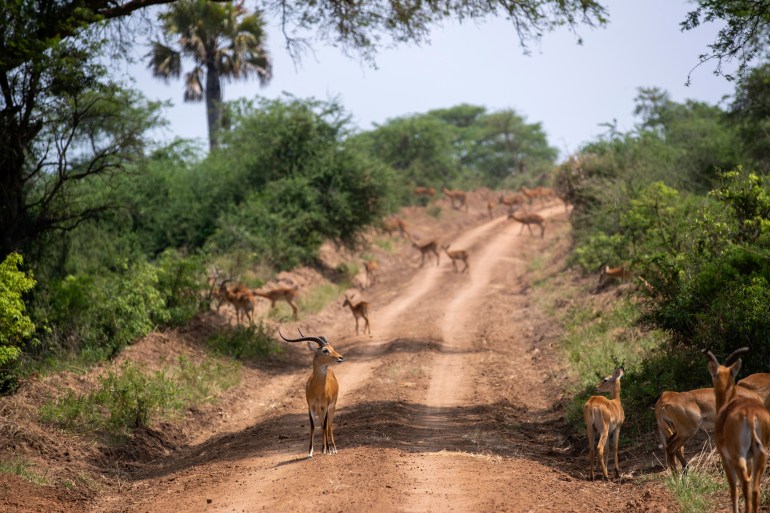 In 2015, French oil giant TotalEnergies and the China National Offshore Oil Corporation (CNOOC) signed a memorandum of understanding (MOU) with the governments of Uganda and Tanzania, to drill for oil in Uganda and export it via a 1,443km (900 mile) long pipeline through Tanzania’s coast.

While the project has received much criticism from environmental and conservation groups, Uganda’s long-serving president, Yoweri Museveni has endorsed it, warning that he will not “allow anybody to play around” with “my oil”.

The three-part $10bn plan comprises the controversial East African Crude Oil Pipeline, the Kingfisher Lake Albert project and the Murchison Falls project, known as Tilenga. Inside Murchison, 10 well pads and a feeder pipeline are being built, as well as a refinery on the park’s border.

If it goes ahead, it will be the first oil project within a protected area in East Africa.

The Albertine Rift, which encompasses the park and Lake Albert – the second biggest of Uganda’s Great Lakes – is one of the most species-rich areas in the world, housing more than half of Africa’s birds, 40% of Africa’s mammals and about 20% of its amphibians and plants. It also is home to more threatened and endemic species than any other region on the continent.