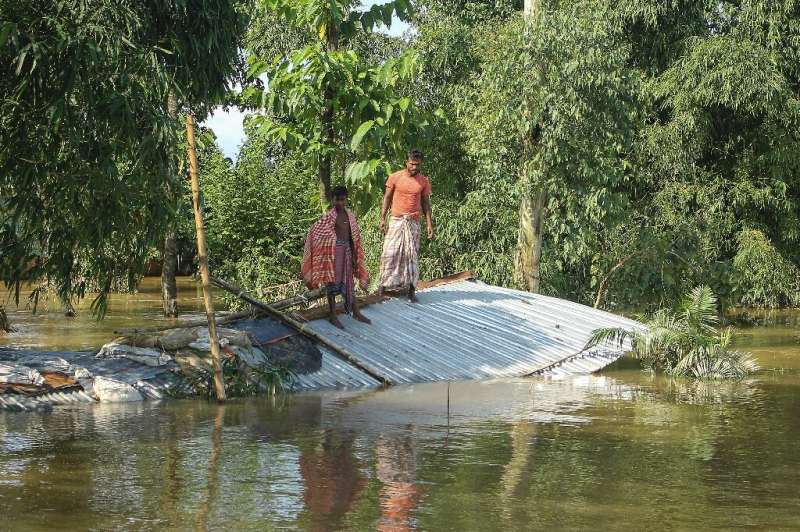 Almost a quarter of the world’s population are exposed to significant flood risks, according to new research published Tuesday, which warned those in poorer countries were more vulnerable.

1.81 billion people—or 23% of the people on the planet—are directly exposed to floods of over 15 centimetres (six inches) in 1-in-100-year flooding.

Overall, nearly 90% of those exposed to inundations live in lower or middle income countries.

$9.8 trillion of economic activity globally—around 12% of the global gross domestic product in 2020—is located in areas exposed to severe flooding.

Most people exposed to flooding—1.24 billion—are in South and East Asia, with China and India accounting for over a third of the global total.

Some 780 million people living on under $5.50 a day are at risk from once-in-a-hundred-year floods.