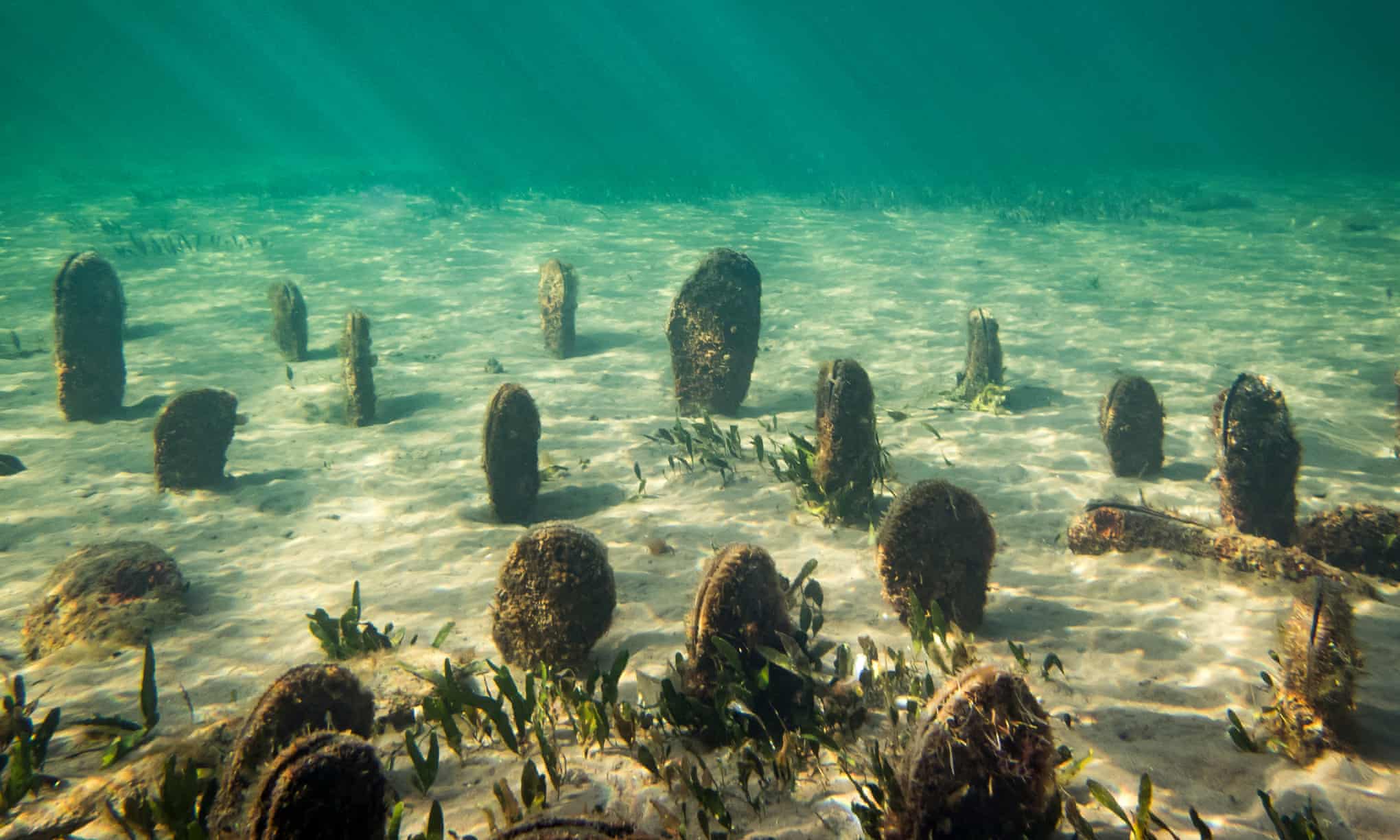 In the shallow waters and seagrass meadow of Spain’s Ebro delta, there are almost no solid surfaces for creatures to latch on to. That’s where the fan mussel (Pinna nobilis) comes in. Sponges, sea anemones, algae and lifeforms not found on any other surface in the area live on its shell, while octopus, oysters and some fish live inside it.

The bivalve, also known as the noble pen shell, is unique to the Mediterranean and is the second largest in the world, with some specimens reaching a metre in length over a 15-year lifespan. It plays a crucial role in water filtration as well as providing a home for an array of underwater creatures.

But the fan mussel has fallen victim to the parasite Haplosporidium pinnae, which since 2016 has wiped out 99.9% of the population, reducing its numbers from millions to thousands. This mass mortality event led to the mollusc being added in 2019 to the International Union for Conservation of Nature (IUCN) red list as critically endangered. “The situation is critical. We need to see wide-scale coordination because we are witnessing the extinction of a very important species,” says Patricia Prado, a researcher at the Institute of Agrifood and Technology in Sant Carles de la Ràpita in the Ebro delta.

H. pinnae is unusually lethal. Prado believes that this may be because it is working in conjunction with bacteria that the mussels may already be carrying. She says the origin of the parasite is unknown but suspects it is related to human activity, whether global heating, shipping or agriculture. Spores of the parasite live in the water, not just in the fan mussels.

The protozoa is not the only cause of the mussel’s decline. In the Mar Menor, a saline lagoon in south-east Spain, the population has shrunk from 1.7 million to barely 1,000 as a result of excessive nitrogen in the water caused by run-offs from fertilisers used in agriculture. The process, known as eutrophication, starves marine life of oxygen, and fan mussels are among the victims.

In the Ebro delta, young mussels are also the victims of the blue crab, an invasive species thought to have arrived from the United States via shipping, and whose voracious appetite has virtually wiped out native crab species.