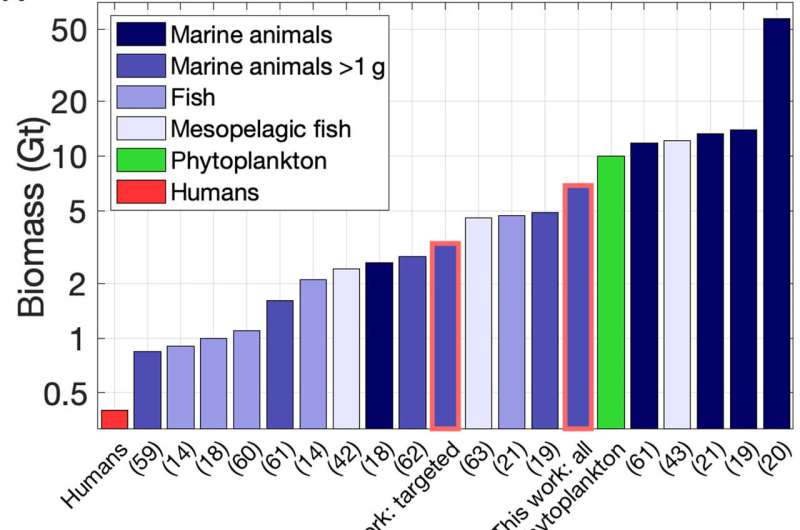 An international team of researchers has created a model that estimates the effects on the world’s oceans over the past century by fish and their excrement.

The model showed that the amount of fecal matter dropped by fish globally is approximately half of what it once was, which suggests only half as much carbon is being sequestered. The remainder is likely entering the atmosphere, contributing to climate change.

Around approximately year 1900, humans began commercializing fishing—an event that signified a massive increase in the numbers of fish that were caught every year. That increase has led to decreased numbers of fish in the world’s oceans. The entire biomass of fish globally has dropped by approximately 47% over the past century.