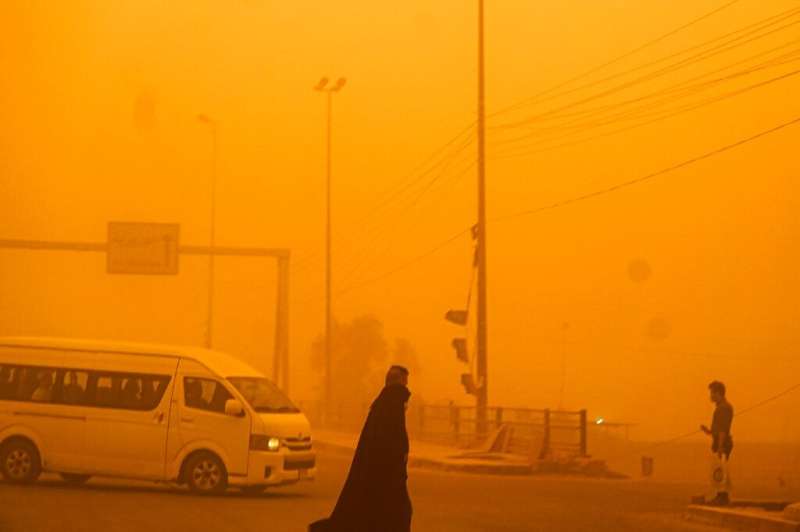 The Middle East has always been battered by dust and sandstorms, but they have become more frequent and intense in recent years.

The trend is associated with overgrazing and deforestation, overuse of river water and more dams.

Saudi Arabia on Tuesday became the latest country blanketed with dust that slowed traffic and made iconic towers in the capital difficult to see from more than a few hundred metres away.

Other countries have been grappling with the problem for longer: Neighbouring Iraq has experienced eight sandstorms since mid-April, fuelled by soil degradation, intense droughts and low rainfall linked to climate change.

The country’s latest sandstorm on Monday enveloped the capital Baghdad in an orange glow, sent at least 4,000 people to hospital with breathing problems and led to the closure of airports, schools and public offices across the country.

Iran announced that it, too, was closing government offices and schools Tuesday, citing “unhealthy weather” conditions and sandstorms.

In Kuwait, meanwhile, air traffic at the main airport was suspended for an hour and a half due to a dust storm Monday, and marine traffic in all three ports remained suspended as of Tuesday afternoon.