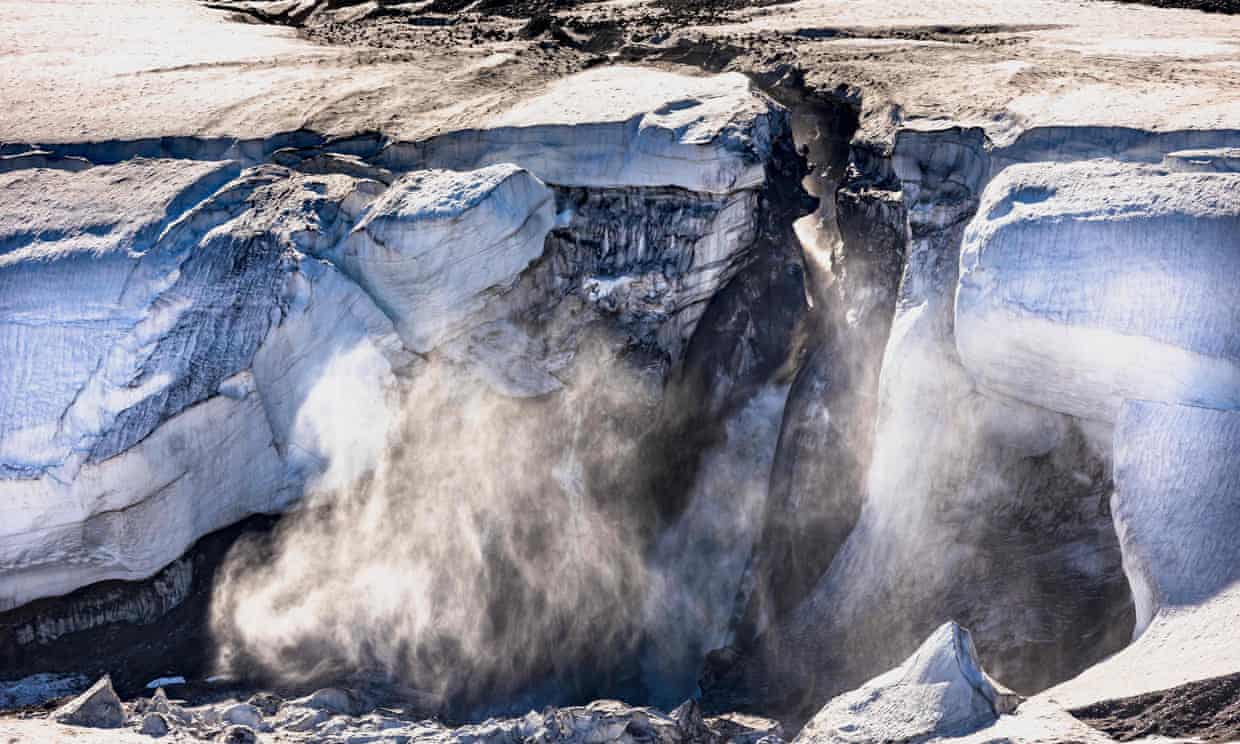 Major sea-level rise from the melting of the Greenland ice cap is now inevitable, scientists have found, even if the fossil fuel burning that is driving the climate crisis were to end overnight.

The research shows the global heating to date will cause an absolute minimum sea-level rise of 27cm (10.6in) from Greenland alone as 110 trillion tonnes of ice melt. With continued carbon emissions, the melting of other ice caps and thermal expansion of the ocean, a multi-metre sea-level rise appears likely.

Billions of people live in coastal regions, making flooding due to rising sea levels one of the greatest long-term impacts of the climate crisis.

If Greenland’s record melt year of 2012 becomes a routine occurrence later this century, as is possible, then the ice cap will deliver a “staggering” 78cm of sea-level rise, the scientists said.

The 27cm estimate is a minimum because it only accounts for global heating so far and because some ways in which glacier ice is lost at the margins of the ice sheet are not included.

“The minimum of 27cm is the sea-level rise deficit that we have accrued to date and it’s going to get paid out, no matter what we do going forward,” said Dr William Colgan. “Whether it’s coming in 100 years or 150 years, it’s coming. And the sea-level rise we are committed to is growing at present, because of the climate trajectory we’re on.”

Mountain glaciers in the Himalayas and the Alps are already on course to lose a third and half of their ice respectively, while the west Antarctic ice sheet is also thought by some scientists to be past the point at which major losses are inevitable. Warming oceans also expand, adding to sea-level rise.

“There is growing support in the scientific literature for multi-metre levels of rise within the next 100 to 200 years,” said Colgan. A collapse of the colossal east Antarctic ice sheet, which would lead to a 52 metre (170 foot) rise in sea levels if it all melted, could be averted if rapid climate action is taken.