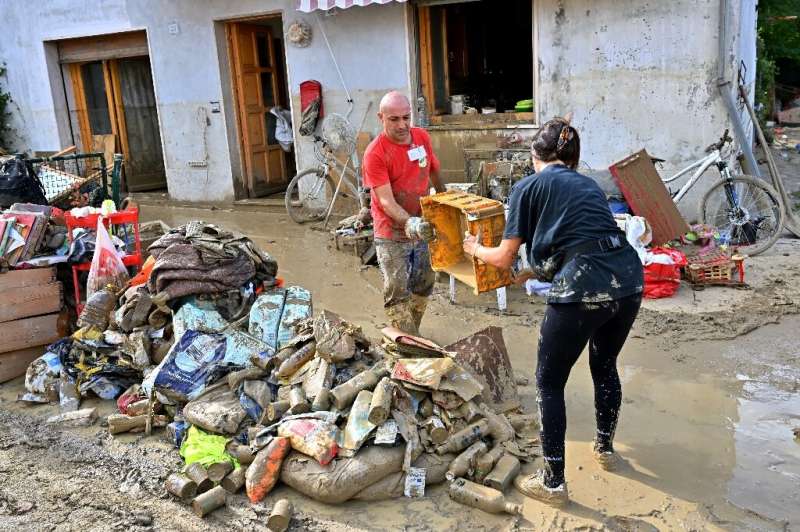 At least 10 people died and 4 were missing after an extraordinary thunderstorm sparked major flooding in central Italy.

Prime Minister Mario Draghi confirmed the toll, while saying it could change, before heading to the town of Ostra near Ancona, one of the places worst hit. More than 400 millimetres (16 inches) of rain fell there over a few hours.

Draghi also made an explicit link between the flooding and global warming, saying: “We see it concretely in what happened today how the fight against climate change is fundamental.”

Italy has been hit by severe drought, followed by violent end-of-summer storms, and many have drawn the link with climate change—a subject which took a back seat during the election campaign.

The baking heat has in recent weeks been followed by storms, the water flooding land rendered hard as concrete.