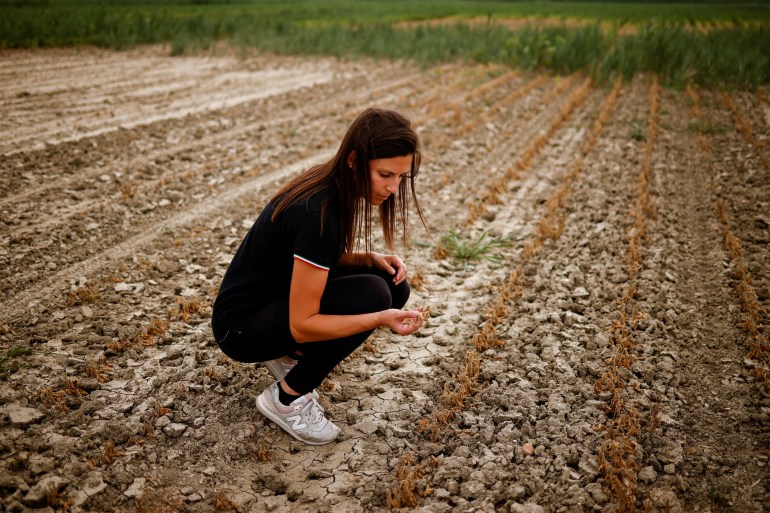 Italy is facing an unusually early heatwave and a lack of rainfall, particularly in the northern agricultural Po valley, which has been hit by its worst drought in decades.

The drought threatens more than 30% of national agricultural production, and half of the farms in the Po Valley.

The Po, the peninsula’s largest water reservoir, is extensively used by farmers to irrigate rice paddies, farm fields and grazing land for cows.

In recent days, several municipalities have announced restrictions. Verona, a city of a quarter of a million people, has rationed the use of drinking water, while Milan has announced the closure of its decorative fountains.

Hydroelectric power production has fallen sharply. Hydroelectric plants, mostly in the mountainous north of the country, account for nearly 20% of national energy production.